The IAAF Kids Athletics, created in 2005 worldwide and launched in India in 2013 with AFI implementing the programme across India, is one of the biggest grassroots development programmes in the world of sports. The programme has been activated in over 120 of the IAAF’s 212 national Member Federations worldwide.

IAAF Kids’ Athletics is one of the biggest grassroots development programmes in the world of sports. Created in 2005, the programme by the end of 2011 had reached a cumulative audience of 1.5 Million kids across 100 territories.

The programme was launched in India in 2013. The AFI initiated the process by conducting a workshop for the coordinators of all the affiliated state units and the programme is being implemented in 19 state units till date.

The objectives of the programme are to make athletics the number one participation sport in schools, to educate kids into sport in general and athletics in particular and thus promote a balanced and healthy lifestyle, and to attract and sustain the potential sporting stars of tomorrow.

The Kids’ Athletics aims to ensure a steady and sustainable policy of development of the sport of athletics. The aim is to introduce children to athletics at a basic level.   The programme is not intended only for clubs and member federations but also for schools and all institutions who are interested in the well-being of children. The programme aims to popularise athletics in the six areas through a programme of several competitions called “A Team Event for Children”, which comprises of three event groups 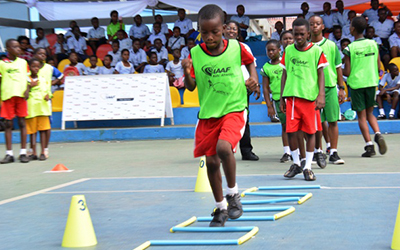 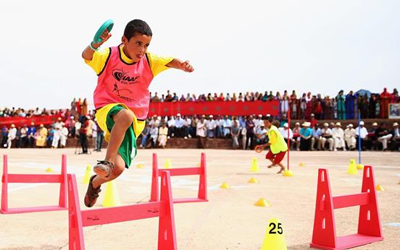 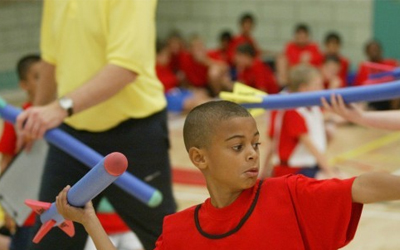 There are three age categories targeted by the programme: