HomeARTICLE 2018 NIDJAM set for a Grand Opening with Record Entries

2018 NIDJAM set for a Grand Opening with Record Entries 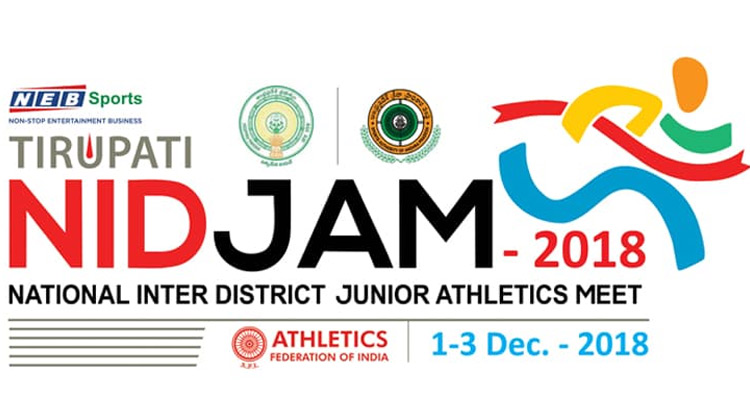 A record of more than 4500 athletes will take part in the the 16th National Inter District Junior Athletics Meet (NID JAM) that will be held at the Sri Venketeswara University stadium in Tirupati, Andhra Pradesh. The three day event will see the participation of athletes from across more than 420 districts in India. These numbers are an improvement from the 4283 athletes from 424 districts who took part at the 2017 edition of the National Inter District Junior athletics meet which was held in the city of Vizag in Andhra Pradesh. This means that representatives from an unprecedented 65.6 percent of India’s 640 districts will be participating in the competition.

First launched in 2003, the National Inter district Junior Athletics Meet was meant to create an ecosystem which would identify, nurture and provide a national platform to thousands of promising athletes emerging from hundreds of districts in every nook and corner of the country.

Ever since the inaugural edition of the NIDJAM, over 50,000 district champions and budding athletes in the country have benefitted from participating in the tournament. The athletics federation of India (AFI) has a stated mission of tapping as many as 10,000 junior athletes from 606 existing districts in the state associations into the annual NID Junior Championship.