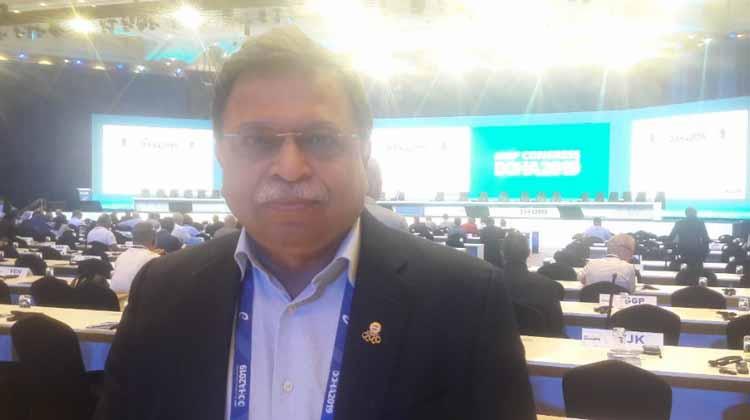 Doha (Qatar), September 25: Olympian sprinter Adille J. Sumariwalla was re-elected member of the Council of the International Association of Athletics Federations for his second four year-term at the IAAF Congress here on Wednesday. In a vote of confidence for the work done thus far, he was given a larger mandate this time by the Electoral College, securing a commendable 121 votes.

“I am humbled that the members of the IAAF Congress have reposed such faith in my ability to serve track and field sport,” Mr. Sumariwalla, who is also Athletics Federation of India President, said after the announcement of the results. “To be among the thirteen successful candidates, from the 40 who were in the fray is truly a humbling experience.”

Mr. Sumariwalla said he was pleased to able to continue to assist IAAF President Lord Sebastian Coe in his mission to make World Athletics a more robust, transparent and effective organisation. “Under Lord Coe’s leadership, we have seen a transformation of the IAAF over the last four years. I am excited that I will remain a part of the journey that he started in 2015,” he said.

“The elections were tough this time and I wish to thank all those who supported and voted for me,” the AFI President said. He thanked the AFI Planning Committee Chairman Dr. Bhanot and his colleagues in the Federation. “This would not have happened but for the strong support of Dr. Bhanot, my colleagues in and staff of the National Federation.”