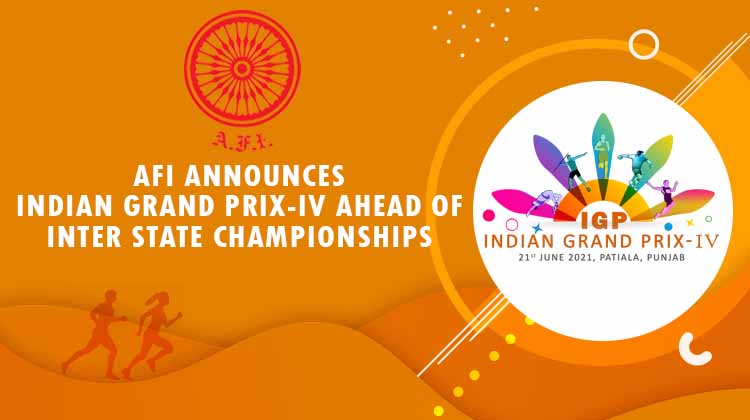 AFI has taken this decision to provide additional competition to Indian athletes as the 40-member national team will not be participating in the T. Kolpakova International Competition in Bishkek (Kyrgyzstan) and the Qosanov Memorial in Almaty (Kazakhstan) to be held later this month in view of the changed quarantine rules in those countries.

In view of that, AFI decided to drop the plan of sending the team as it did not make sense to have the athletes go through 14-day quarantine in either location for the June 12 and 13 and June 19 and 20 events respectively.

“We do not want to impact the training schedule of our athletes by making them go through a quarantine process with six weeks left for the Olympic Games,” AFI President Adille J Sumariwalla said. “AFI has always put the athletes first in making the decisions. We will focus on providing them with good competition in the Indian Grand Prix and National Inter-State Championships from 25-29th June in Patiala.”

The list of events that will be conducted in the fourth IGP are: