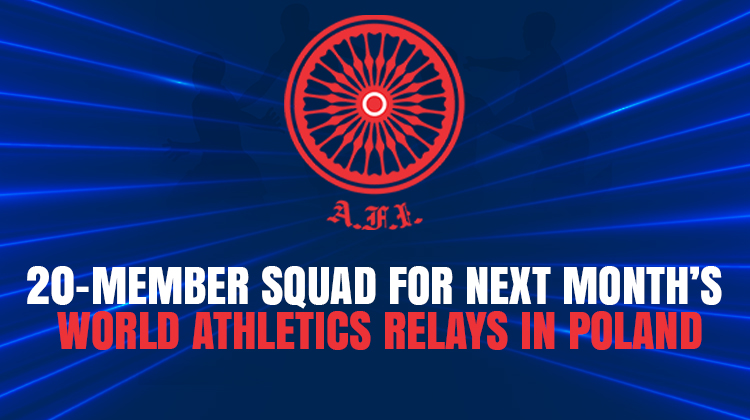 New Delhi, April 6: Athletics Federation of India has on Tuesday named a 20-member squad of athletes, including seven women 100m runners, to compete in the World Athletics Relays Silesia21 in the Silesian Stadium in Chorzow, Poland, on May 1 and 2. It will be the first major international event for the sprinters since the Asian Athletics Championships in Doha in April 2019.

“We are excited to get our athletes ready for their first international competition after the Covid-induced gap. We are glad the team will spend time in training in Turkey before it reaches Chorzow of the World Athletics Relays,” AFI President Adille J Sumariwalla said.

“We were able to organise meets in NIS Patiala in February and March so that our athletes had a feel of competition.”

The AFI President said the coaching staff was confident that the athletes would be ready to deliver their best performance. “The Federation has done everything in its power to enable the athletes stay healthy and train through the lockdown and beyond and be ready for international competition,” he said.

Mr. Sumariwalla said AFI was happy that its focus on women’s 100m sprinters in National camps has paid off. “With S Dhanalakshmi emerging on the scene in the Federation Cup last month, she and Dutee Chand are two Indian runners who have run sub-11.50 times this season. We believe the 4x100m women’s team with Dhanalakshmi, Dutee, Hima Das and Archana Suseendran can come up with a good effort,” he said.

Meanwhile, Olympic bound javelin throwers Neeraj Chopra and Shivpal Singh along with Rohit Yadav, Rajender Singh and Annu Rani are also being cleared by AFI for a training camp in Turkey later this month.