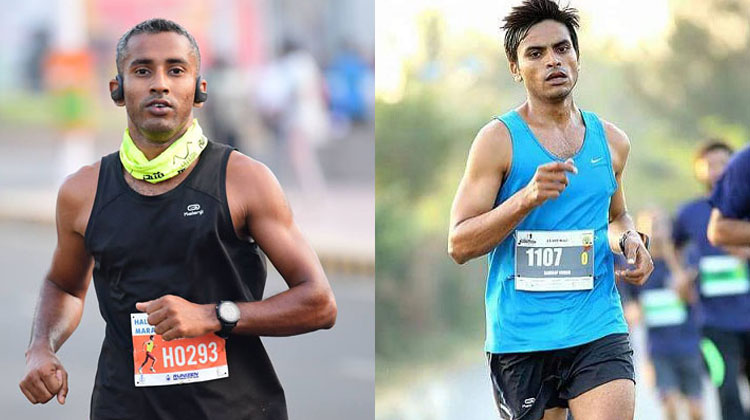 Earlier last month, AFI invited applications from Indian nationals to represent India in the competition. The cut-off timing for Men in 100km was nine hours 45 minutes while for Women it was ten hours 45 minutes. The ultra-runners who have completed a 90km race in past one-year were also eligible for selection with a cut-off time of eight hours 30 minutes for Men and nine hours 30 minutes for Women while a distance of 115km (Men) and 100km (Women) in a 12-hour race was also considered as a selection qualification.

Out of a total 42 applications received by AFI, Vikash Malik, Lt Cdr Abhinav Jha, Sandeep Kumar and Lallu Lal Meena met the cut-off timings while Binay Kumar Sah and Suman Kumar Mishra are considered for the team on the basis of their timings which were very close to the selection criteria set by AFI.

Lt Cdr Abhinav Jha, said, “I am very excited and would like to thank AFI for sending team to this competition. I will try my best,”

Adille J Sumariwalla, AFI President said, ”I am really glad that sport of ultra-running is catching up fast in India and we are now having athletes who can represent India in World Championships. In the years to come, we will start organizing National Championships in ultra-events so there is more participation across the country.”

About Ultra-marathons- Ultra running, Trail running and Mountain races are events that are growing world wide especially in Europe, America and Asia. The International Association of Athletics Federations (IAAF) has recognized these sporting events. The International Association of Ultra runners (IAU), the international governing body of ultra distance running and the International Trail Running Association (ITRA) conduct World Championships. The Athletics Federation of India (AFI) is a member of the IAAF, IAU and ITRA. Through the AFI, Indian ultra runners have the opportunity to participate at the World and Regional Championships.

Indian Achievements- Ultra running as a sport began in India around 2007-08. Since then it has grown rather rapidly, with more and more runners venturing into this field each year. The year 2007 saw mere 65 finishers in India’s only ultra race at that time. Today more than 1500 runners (and counting) participate in about 18 ultra races being organised across the country. The AFI sent a team comprising Ullas Narayan and Kieren D’Souza for India’s first ever participation at the Trail World Championships, Italy in June 2017; and, Meenal Kotak, Aparna Choudhary, Ullas Narayan and Kieren D’Souza represented the country at the 24 Hour World Championships at Belfast in July 2017. The participation of Indian athletes had provided athletes the much need exposure to the international arena and has also fueled the passion of ultra-running among others.