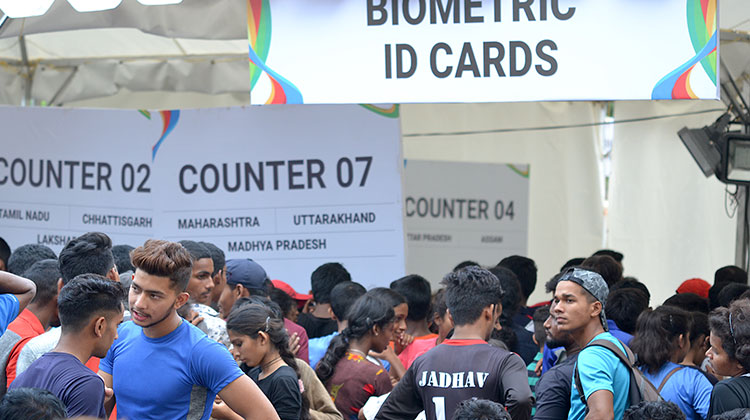 Tirupati, November 21: The MILO National Inter-District Junior Athletics Meet 2019 will be the platform from which the Athletics Federation of India’s plans for the 2028 and 2032 Olympic Games will be launched, AFI High Performance Director Volker Herrmann has said. “With athletes from over 500 districts taking part here, we will some exciting, finding raw talent.”

He said 600 boys and girls would be identified for training, most likely at various academies across the country. “Some of these could go on to represent India in the Olympic Games in 2028 and 2032. We are sure we will have athletes competing in a number of events then,” he said, indicating that a scientific approach would be used to assess the talent.

He said that in addition to their performances, athletes will be assessed on the basis of some tests before they are selected to undergo training. “Besides their physical parameters like height and weight, AFI will test them on the basis of two 20m runs, a long jump and a ball throw,” he said. “These will give us an indication about the abilities of the under-14 and under-16 athletes.”

Volker Herrmann said that the idea is to get all the semifinalists in track events and the finalists in field events to undergo these tests. “Besides, a number of experienced coaches and talent scouts will also nominate some athletes for these tests,” he said. “These athletes are at the right age to be tested for their abilities.”

“We are aware that some of the athletes are able to do well at the youth levels but are unable to replicate that in the senior levels. I believe we can change that by shifting the focus away from early specialisation to a variety of motor-skills,” he said. “I also know that it can happen only with the support of parents and grass-roots coaches.”

The AFI High Performance Director said it was important to help young athletes imbibe the right fundamentals. “It is best to groom a new generation of athletes in a holistic way,” Herrmann said. “Coaches must help athletes do the right things at the right age. I am happy that a number of young Indian coaches are getting themselves ready to do this.”

Neeraj Chopra, IAAF World junior Javelin Throw champion, and World University Games 100m champion Dutee Chand are among those who used earlier NIDJAM editions to showcase their potential. A couple of years ago, Lucknow’s Shailee Singh caught coach Bobby George’s eye and has evolved from a 4.93m long jumper in 2017 to owning the National junior record at 6.15m now.