All eyes on Jisna-Poovamma contest at IGP 2017 last leg 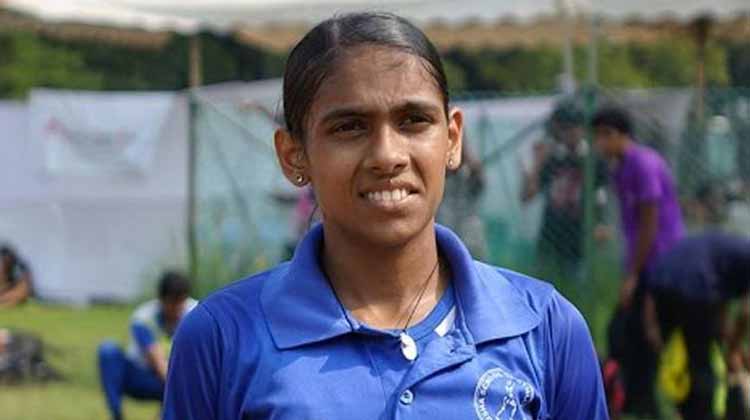 New Delhi, 15th May: In the third and final leg of the Indian Grand Prix 2017 athletics series which will be held at the Jawaharlal Nehru Stadium in Delhi on Monday, 15 May 2017, all eyes will be set on the women’s 400m final. While Incheon Asian Games gold medalist Poovamma Raju won both the previous rounds of this year’s series in Patiala a week ago and in Delhi four days back, she has now got a strong challenger in the domestic circuit in the form of 18-year old Jisna Matthew of Kerala.

In the second-leg of the IGP 2017 in Delhi last week, Jisna had almost grabbed the gold before Poovamma took that last long stride to finish ahead of the Keralite in a photo finish. Karnataka’s Poovamma won gold with a timing of 52.66 seconds, a mere 0.01 seconds ahead of Kerala’s Jisna. West Bengal’s Debashree Mazumdar was third at 54.00.
Muhammad Anas will also look forward to better his timing in New Delhi in the Men’s 400m event to book a ticket for IAAF world Championships at London. He settled for gold medal with 45.89s in the first-leg in Patiala.

In men’s 400m, Rajiv Arokia who won the yellow medal with the timing of 46. 94s in leg 2 will look to push himself ahead of the IAAF qualification mark of 45.50s once again. Arokia will face strong challenges from local athlete Amoj Jacob who grabbed the silver (47.07s) and Sachin Roby who finished third with the timing of 47.32s in the second-leg in Delhi.

In men’s Long Jump, Ankit Sharma who hails from Madhya Pradesh will look forward to completing a hat-trick of gold medals at the IGP 2017. He won back to back gold medals with an effort of 7.68m (leg-1) and 7.71m (leg-2). The Olympian also holds the long jump national record of 8.19 m which he set in June 2016.