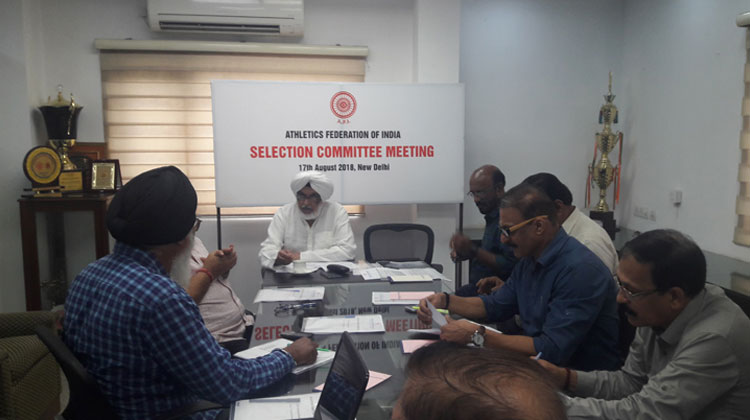 New Delhi. The Athletics Federation of India (AFI) selection committee dropped javelin thrower Annu Rani and 1500m runner Monika Chaudhary from the Asian Games squad after the results of the confirmatory trials which were held on August 15, 2018 at the different venues.

The selection committee which met under the chairmanship of Olympian GS Randhawa at AFI office in New Delhi today also asked shot putter Naveen Chikara to attempt one more trial on Monday, August 20, 2018. Naveen was supposed to travel to Jakarta late on Friday night but is now been asked to stay back and appear for trial on Monday.

“Annu Rani and Monika Chaudhary were not selected as their performance in the confirmatory trials was not found to be satisfactory by the selection committee,” said CK Valson, AFI secretary.

All the other athletes who cleared the confirmatory trials are high jumper Chetan B and 50km race walker Sandeep Kumar among men and long jumpers Neena Pintoo   and Nayana James, discus thrower Sandeep Kumari, Jauna Murmu in 400m hurdles and Nirmala in 400m.