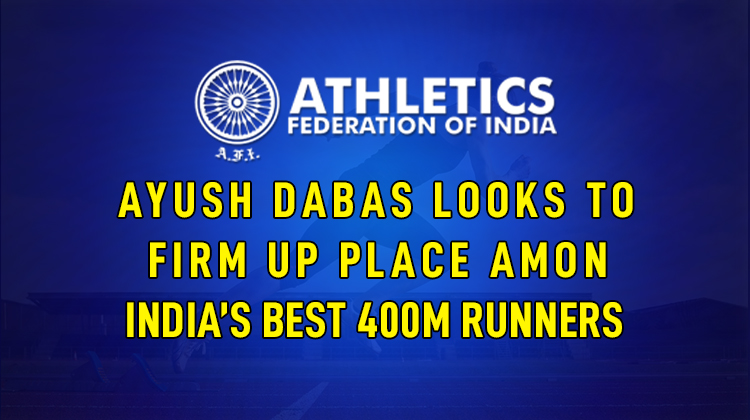 New Delhi, October 10: Haryana’s 22-year-old Ayush Dabas will look to consolidate his place among India’s best 400m runners in the third National Open 400m Championships at the Jawaharlal Nehru Stadium here on Monday. A fortnight ago, he claimed the 400m crown in the National U23 Championships here in 46.58 seconds, the fifth fastest by an Indian this year.

Similarly, Kunja Rajitha (Andhra Pradesh) and 16-year-old Rupal (Uttar Pradesh), members of the Indian relay squad in the World U20 Championships in Nairobi, will be the ones to watch out for in the girls U20 and U18 competitions respectively. Both these sprinters clocked their personal bests in November 2019 and will be keen to win with good times here.

A total of 188 quarter-milers will vie for medals in the eight categories – open for men and women as well as U20, U18 and U16 for boys and girls – in the competition that can pitchfork some of them to the centrestage. Vikrant Panchal won the Boys U20 titles in the first two editions in Dharamsala in 2018 and Lucknow in 2019 with sub-48 efforts.

Athletics Federation of India President Adille J. Sumariwalla said the absence of leading runners would not reduce the value of the competition. “We believe this is a chance for youngsters to showcase their talent. I am sure those who have signed up for the Nationals will relish the chance to produce their best,” he said.

He said AFI is pleased to be able to conduct its 13 National-level competition this year. “AFI is offering the athletes ample opportunities to compete,” he said. “In times when the pandemic has made it tough for organisers to put together competitions, we are glad we have done our best this year. I am sure many young athletes will make the most of the opportunity here.”