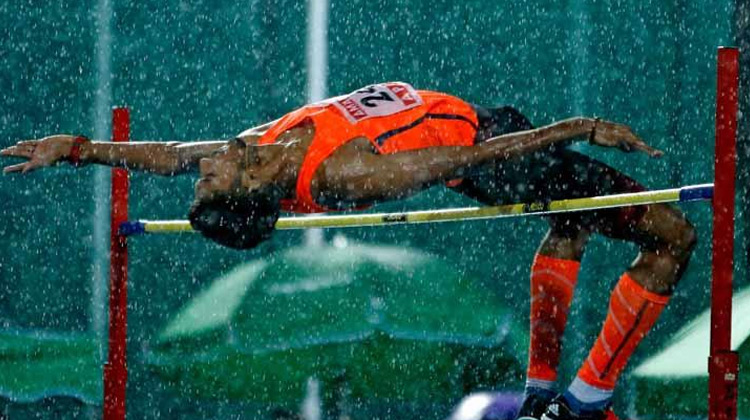 This is not the first time the Delhi athlete has achieved such a feat. At the age of 17, he bettered Roy’s senior National Record with a 2.26 metre effort. With this victory, the youngster reaffirmed his status as one of the brightest sparks in Indian athletics.

Speaking to AFI Media after the event on Monday, Tejaswin said, “Coming back from an injury I am feeling much better now. Before coming to this championship I had set a goal of 2.30m which is also the qualification mark for the IAAF World Championships to be held in London next month. It was raining heavily here in Guntur and I am a little disappointed I could not reach 2.30m. But overall I am happy I was able to break meet record, I was well prepared for this competition”.

Due to a back injury, the young athlete from Delhi had to miss 22nd Asian Athletics Championships held in Bhubaneswar earlier this month.

“I was not happy after finishing fifth (2.10m) in the Senior Federation Cup and then had to miss Asian Championships due to injury. I am feeling confident again and the aim is now to get better and better and be in the top in the IAAF World rankings,” said Tejaswin.