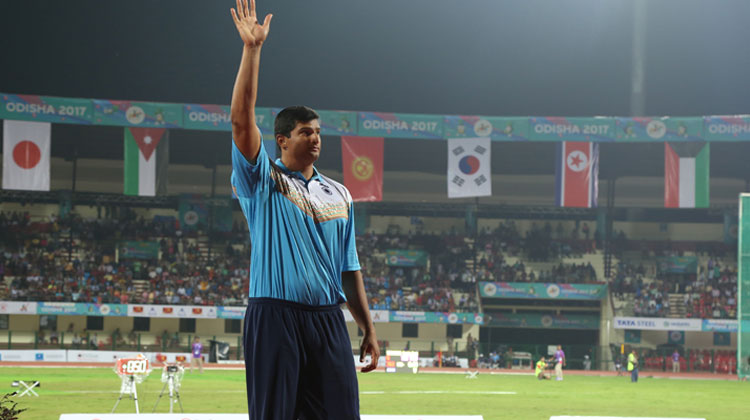 New Delhi. India’s one of the most celebrated track and field athlete Vikas Gowda, on Wednesday officially announced his retirement from athletics. Gowda, who holds current national record of 66.28m in discus throw, informed Athletics Federation of India (AFI) about his decision to retire from athletics through an email.

“After a lot of thinking and consulting I have decided to retire from athletics. I do not want to punish my body anymore and I want to focus on the next phase of my life,” wrote Gowda, who is based in the United States.

Gowda, who finished eighth with a throw of 65.20m at the 2012 London Olympics, thanked AFI for all its support and felt he will miss representing India in athletics. He wrote, “It was an honor and privilege to represent India and I will forever miss it”.

Born on July 5, 1983 in Mysore, Gowda moved to Maryland, USA with his family just before he turned six. His father Shive was a former athlete and 1988 Olympic coach.

Before emerging as a champion discus thrower, Gowda started his career as a shot putter. His best performance in shot put is registered at 19.62m which he achieved in 2006 in Atlanta.

In 2012, Gowda broke Indian national record in discus throw with his all-time best performance of 66.28m. The recipient of Padamshree Award by Government of India in 2017, Gowda also represented India at the 2008 Beijing Olympics but failed to reach the finals after finishing 22nd in the qualifiers, with a throw of 60.69m.

Gowda’s best moment came when he clinched the gold for India in the 2014 Commonwealth Games with a throw of 63.64m.

Adille J Sumariwalla, President AFI, said, “Vikas had a great career as an athlete and his achievements speaks about his dedication and hard-work over the years. He has inspired a lot of athletes and I am sure he will continue to do that in his next phase of career. I wish him the best for future and thank him for serving Indian athletics as an athlete.”