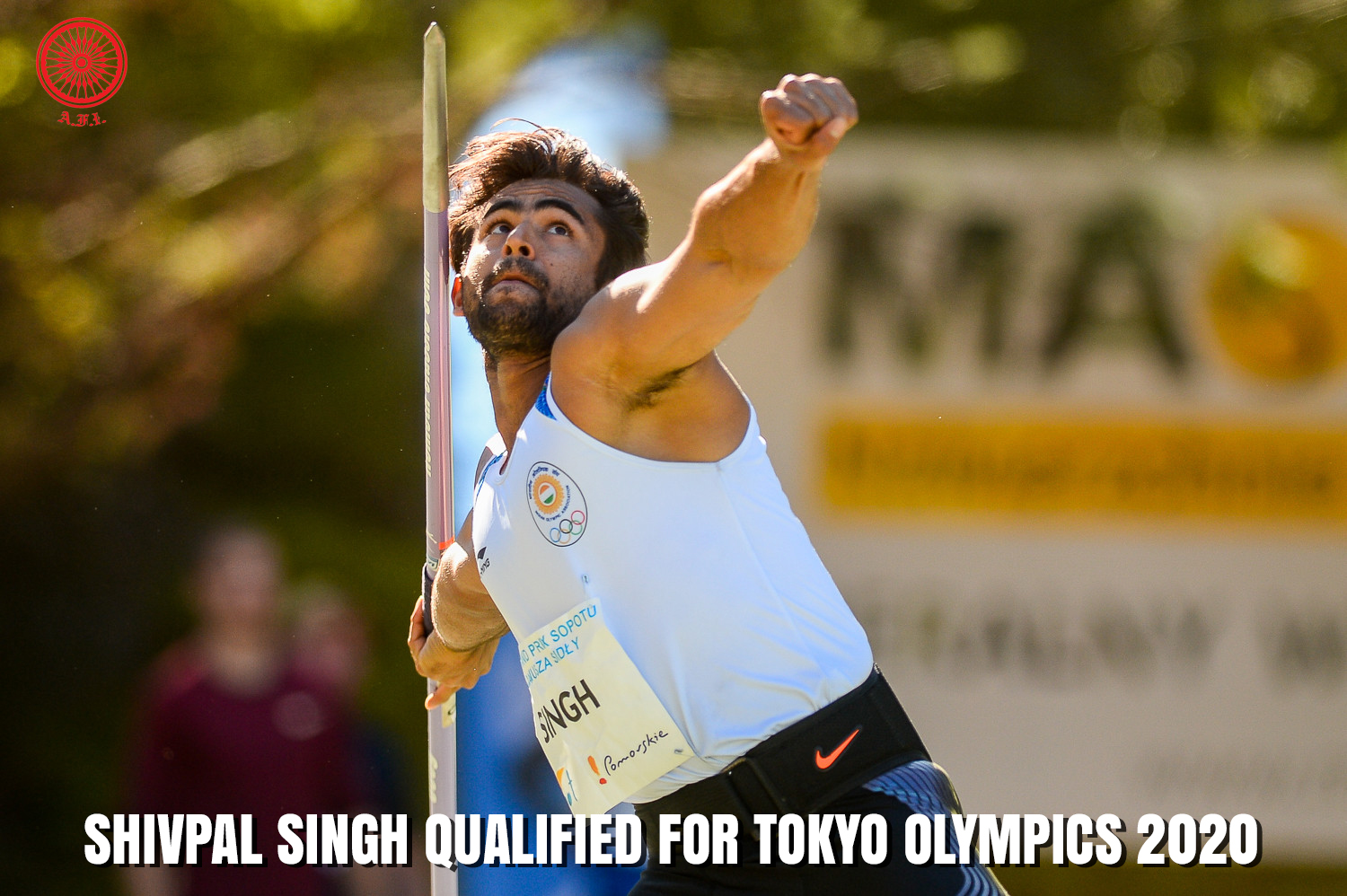 New Delhi, March 11: Shivpal Singh became the fifth Indian athlete and the second javelin thrower after Neeraj Chopra to qualify for the Tokyo Olympic Games when he hurled the spear over a distance of 85.47m in the ACNW League Meeting at Potchefstroom in South Africa on Tuesday. World Athletics has set the qualification standard at 85.00m.

“I am very relieved that I have been able to secure the qualification standard after missing out on a few occasions. My best throw came a few days before the qualifying period started and I went past the 83m at the World Military Games in Wuhan and the South Asian Games in Kathmandu,” he said from Potchefstroom,

The 24-year-old Shivpal Singh  had finished second in the Asian Athletics Championships in Doha with a personal best throw of 86.23m but that came a few days before the qualifying period kicked in on May 1, 2019. The 85.47m effort on Tuesday, which came on his fifth attempt in Potchefstroom, is his second best throw.

Shivpal Singh, who has been training under coach Uwe Hohn’s watchful eyes in Potchefstroom, kept improving with each throw on Tuesday, his series reading 79.97, 78.68, 79.33 and 81.50 before he unleashed the throw that went past the Olympic qualifying standard. The World No. 16 did not pass the final attempt and hit the turf past the 81m mark yet again.

“I will now focus on preparing for the coming competitions like the Diamond League and the Olympic Games this year. To be honest, yesterday was a part of my training schedule but I am glad I found the rhythm to keep improving with each throw. I can sense that I have improved on all fronts – strength, technique, power,” Shivpal Singh said.

The 20-year-old Arshdeep Singh had a best throw of 75.02m to finish third in the meet behind Shivpal Singh and Finland’s Toni Kusela, who managed to throw the javelin 80.14m with his only legal throw in three attempts. Annu Rani, India’s leading women’s javelin thrower and world No. 13, won the women’s competition with a best of 61.15m on her last attempt for her third best throw.

The others who have attained the Tokyo 2020 qualification marks are 20km walkers KT Irfan and Bhawna Jat as well as 3000m steeplechaser Avinash Sable. Besides, the Indian 4x400m mixed relay squad as also ensured qualification when it reached the final of the IAAF World Athletics Championships in Doha in September last.