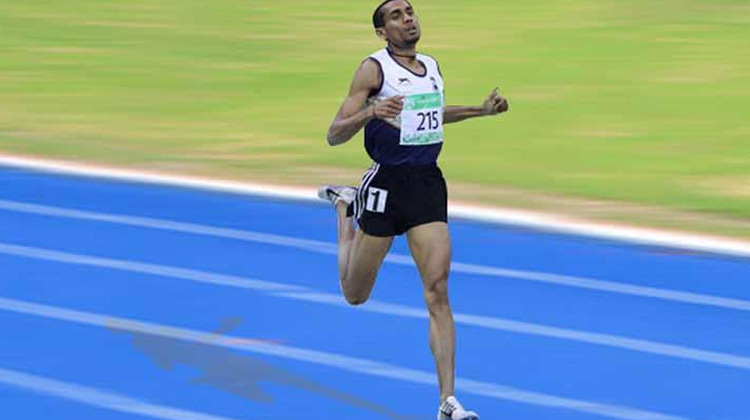 Jakarta, Feb 12: India continued their strong performance in the athletics events at the Asian Games Test Event in Jakarta, adding four gold medals and a silver to their medal haul on the second day of competition. Indian athletes had won two gold, three silver and as many bronze medals on the opening day of the competition.

Saritaben Gayakwad won gold in the 400m hurdles with a new personal best timing of 59.02 seconds. Gayakwad, 22, who burst into the Indian athletic scene with a gold medal in the 400m hurdles event at the Federation Cup last year recorded a new personal best time after clocking 59.08seconds. The previous best jump of the athlete from Dangs in Gujarat of 59.84 seconds had been recorded in the semifinals of last year’s Federation Cup.

Asian Champion Ajay Kumar Saroj would add to the medal haul, with his victory in the men’s 1500m race clocking a time of 3:43:85 seconds to finish ahead of Mohammad Shaween of Saudi Arabia who finished .13 seconds behind. Chitra PU would make it an Indian sweep in the 1500m by winning the gold in the women’s event with a time of 4:18:74 seconds. Chitra finished ahead of her nearest competitor K Rathnayaka of Sri Lanka who clocked 4:19:25 seconds. The 22-year-old daughter of labourers from Pallakad, has enjoyed a string of success in the continental events, having won the Asian Championships as well as the Asian Indoor Championships last year. While her time at last year’s Asian Championships wouldn’t be enough to help her qualify for the World Championships, Chitra is building up steam for a shot at a place in India’s commonwealth Games squad.

MP Jabir and Santosh Kumar Tamilarasan made it an Indian 1-2 in the men’s 400m hurdles event. Jabir, the bronze medalist at last year’s Asian Championships, won gold in 50.23 seconds while compatriot Tamilarasan finished with a time of 50.38 seconds.

Apart from the medal winners, 19-year-old Shreeshankar recorded a credible jump of 7.74m in what was his first outdoor competition of the year. Despite his effort, Shreeshankar finished just outside the medal bracket with the bronze going at 7.82m.