Indian athletes will look to make impact on Global Stage 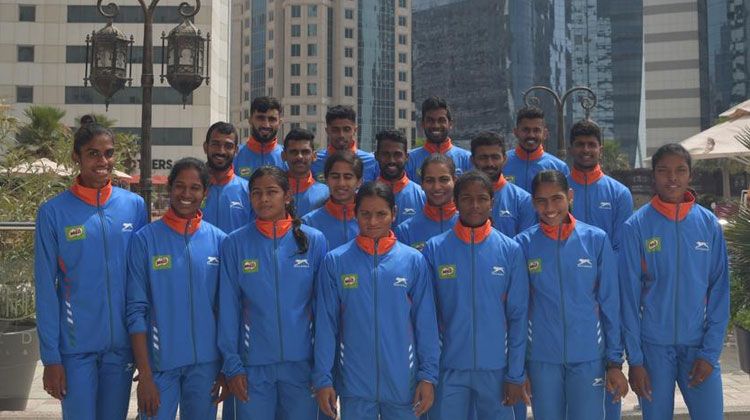 Doha (Qatar), September 26: Metric miler Jinson Johnson and the 4x400m mixed relay team will lead the Indian challenge in the IAAF World Athletics Championships, the most competitive of sporting events with 2043 athletes representing 210 countries and territories, at the Khalifa Stadium here from Friday.

The 27-member Indian squad will be looking to turn in performances that will reflect the Athletics Federation of India’s vision of rising above continental meets and making an impact at the global level. They are well aware that it entails a lot of hard work besides remaining injury-free. Their hunger and commitment will be on display in the 10-day event.

The expectations from Jinson Johnson are built on the foundation of his good run recently in Berlin where he clocked a National record time of 3:35.24. He has trained at high altitude in Colorado Springs since then and can be expected to race well in the World Championships. The 4x400m mixed relay team will seek to justify the immense faith show in the squad.

There is no doubt that India will feel the absence of two of its leading athletes, javelin thrower Neeraj Chopra and 400m sprinter Hima Das. Both have the experience of winning gold at the World Junior Championships, but injuries have kept them out of the World Championships here. Yet, the morale of the squad is high as each athlete will attempt to give his or her best.

Long jumper M Sreeshankar will be the first Indian on view in the World Championships, taking part in the qualification round on Friday. He had qualified for the meet with an 8.20m effort in the National Open Championships in Bhubaneswar last year but has spent time in rehabilitation after picking up a heel injury. He cleared 8.00m in the Indian Grand Prix in Patiala last month.

MP Jabir and Ayyasamy Dharun, entered in the men’s 400m Hurdles, are be the other Indians slated to be view on the opening day of competition. Of course, Dharun has not taken part in a hurdles race since the Federation Cup in Patiala in March, having only recently returned to track after an injury. The race experience is expected to stand him in good stead.