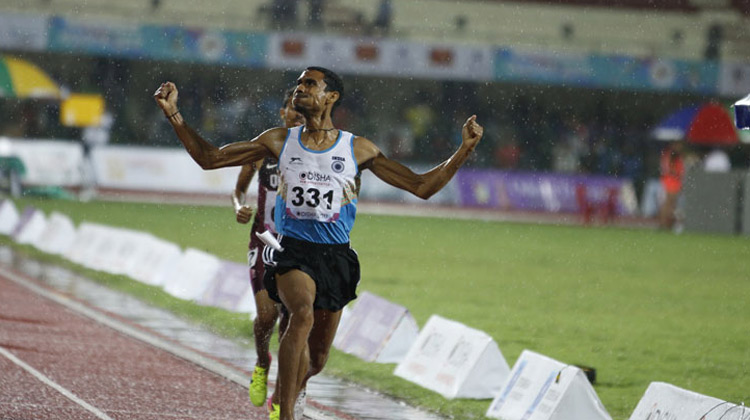 NEW DELHI: The Athletics Federation of India (AFI) selected a 22-member team for the 5th Asian Indoor & Martial Arts Games (AIMAG) to be held in Ashgabat, the capital city of Turkmenistan from 17-27 September, 2017.

The AFI selection committee under the chairmanship of former Olympian G S Randhawa met on Wednesday to pick the Indian team.

The Indian team comprising 13 men and nine women athletes will participate in nine athletics disciplines. The three-day athletics events at the Games will be held at the Indoor Athletics Arena from 18-20 September, 2017.

At AIMAG Ashgabat 2017, the indoor athletics competition will have a total of 13 track & field events. The competition includes field events such as long jump, triple jump and high jump. Track events include short, middle and long distance running and hurdles. Shot Put is the only throwing event of the competition.

The criteria for selection of Indian team was athletes’ rankings as on July 5, 2017 at National and International competitions. The selection committee also looked into the performances of some of the athletes at the Inter State Athletics Championships held in Guntur from 15-19 July, 2017 before naming the final squad and hence included Mohan Kumar Raja (men 400m), Anamika Das (women shot put), Anilda Thomas (women 400m) and Lily Das (women 1500m) in the team. The participation of these four athletes in the Games is subject to approval from Olympic Council of Asian and Asian Athletics Association.