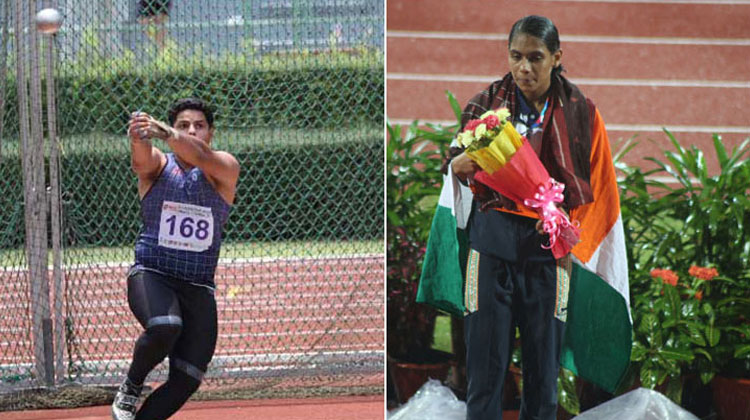 Coimbatore (TN). Rio Olympian Jisna Mathew is expected to headline the 16th Federation Cup National Junior Athletics Championships, that begins in Coimbatore on Thursday. The 19-year-old Matthew, who trains at the PT Usha Academy has been touted for big things by her legendary mentor.  Mathews, who runs the quarter mile, has beaten some of the biggest names in the sport in India, including former Asian silver medallist, MR Poovamma at the Indian GP last season. Indeed, at the Asian Championships in Bhubaneshwar last year, Mathews won a surprise bronze in what was her biggest medal to date.

Mathew has had her share of success at the age group events too having won gold in the 400m at the Asian Junior championships in 2016. Jisna though has never medalled at the world stage, a gap in her resume that her coaches say she might soon fill in. “Her main goal is to win a medal at next year’s under-20 Worlds. And I feel she is capable of getting it,” says Usha.

Mathews though is just one of an estimated 600+ athletes who will be taking part in the Federation Cup, all looking to record personal best performances. Plenty of eyes would be on Punjab hammer thrower Damneet Singh. The Punjab hammer thrower has already written his name in the record books, when he became the first Indian athlete to medal at the U18 World Championships courtesy his silver at the 2017 edition. However, he is unlikely to be satisfied with that performance and will be looking to begin the task of upgrading his medal from Nairobi last year.

The hammer throw field will in fact be a crowded one at Coimbatore. Apart from Damneet, Haryana thrower Ashish Jhakhar and Rajasthan’s Nitish Punia would also be looking to book their place in the Indian team in an effort to do better at the World level from the last time they featured at that stage. While Jhakar had a gold medal at the Asian Junior Championships in 2016, he failed to medal at the World Championships that year. Punia too had competed alongside Damneet at Nairobi but only finished tenth in the competition.

Also looking to make a mark will be 800m runner Abhishek Mathew. The 16-year-old from Kannur, Kerala won a gold medal at the Asian Youth Championships in Bangkok last year, and also took fourth place at the 2016 World School Championships in Trabzon, Turkey.

Abhishek won the 800m gold medal in Bangkok with a time of 1:54:99 seconds, which he subsequently improved to 1:52:88 seconds. However, he is unlikely to be satisfied with that effort.  Not long after he had recorded his personal best, Mathew had revealed his targets for 2018. “My immediate goal is to win medals in Asian junior (U-20 meet) and World Junior Championships next year,” he had said. The path to those tournaments will run through the Junior Federation Cup.