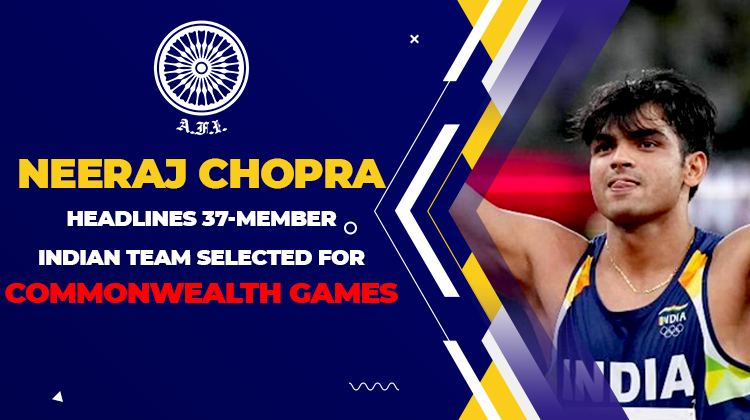 New Delhi, June 16: Olympic Games Javelin Throw gold medallist Neeraj Chopra headlines the 37-member squad named by the Athletics Federation of India (AFI) on Thursday to compete in the Commonwealth Games in Birmingham from July 28 to August 8 this year. AFI President expressed confidence that the squad would deliver quality performances.

“We are requesting the Indian Olympic Association to increase our quota by one and to assist in securing accreditation for a couple of athletes. We have also selected a few subject to their proving their fitness and form before the Games,” Mr. Sumariwalla said.