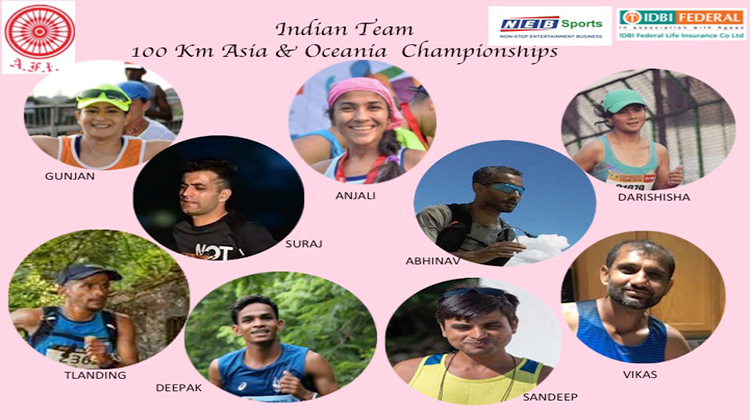 New Delhi. The Athletics Federation of India has announced a nine-member team for the 2019 IAU 100 km Asia Oceania Championships, which is to be held on 23rd November 2019 at Aqaba, Jordan.

AFI had set standards, which included specific cut off times for races like 50 miles, Comrades (Up and Down run), 12 Hour and 100 km run. Achievements in a period of 18 months before the date of the Championship were considered, and AFI had specified guidelines for comparing performance across different races. Races done during the period of 22nd May 2018 to 5th August 2019 (last day for submission of the application) were considered.

In addition athletes meeting the qualification standards were also expected to have run an ultra race as a proof of fitness between 22nd February 2019 to 5th August 2019 2019. The Indian team is sponsored by NEB Sports and IDBI Federal Insurance.