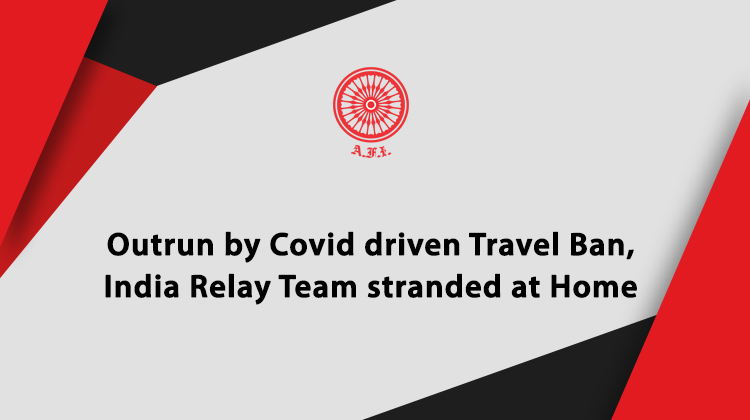 New Delhi, April 28: Indian women’s 4x100m and men’s 4x400m relay teams are left stranded at home as the new Covid-19 driven travel bans are put in place by various countries. The Indian squad will be missing from the action at the World Athletics Relays Silesia 21 on May 1 and 2 at Chorzow in Poland after the Royal Dutch Airlines (KLM) that was to fly the runners intimated that it would be unable to let them board the flight from Mumbai in the wake of the Netherlands government ban on passenger flights from India.

India was set to field the men’s 4x400m and women’s 4x100m relay squads in the World Athletics Relays Silesia 21.

Adille J Sumariwalla, AFI President said, “We are very disappointed at this moment. There are no direct flights between Indian airports and Warsaw, Poland. This meant that despite the best efforts, the squad could not be rerouted on another airline,”

“For the last 24-hours we have been consistently trying to find alternatives, we have used all the resources to sort this out, we have been constantly speaking to the Organisers, the World Athletics, various consulates and airlines to reroute them. Under the present scenario nobody has obliged,”