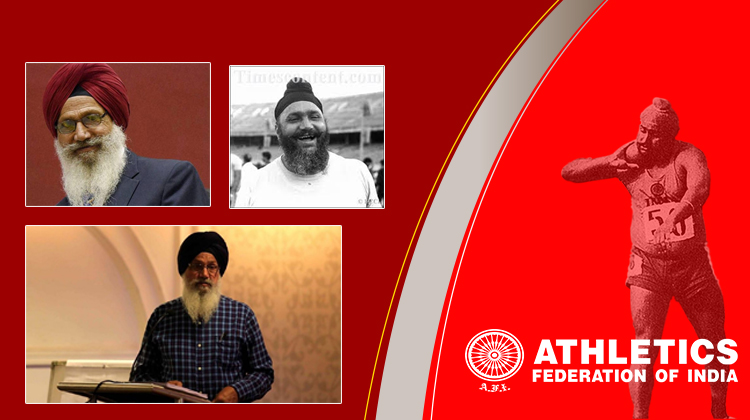 New Delhi, July 11: True to his selfless nature, retiring National Chief Coach Bahadur Singh turned the attention away from himself at an emotional farewell function organised through a video conference. Saying the achievements of the Indian athletics fraternity over the past 25 years were due to collective efforts, he called for India to pay more attention to sports in schools.

“If India has risen to be a leading nation in Asian athletics, it is because of one man but because of team-work by athletes, coaches, the Athletics Federation of India, the Sports Authority of India and the Ministry of Youth Affairs and Sports,” he said. “But if our schools let our children play sport and give them the facilities, India can be a world power.”

Bahadur Singh also pointed out that India sorely missed an indoor training facility. “We spend a lot of money in sending our athletes overseas when the climate at home does not permit training. India badly needs an indoor facility,” he said at an event that had more than 12000 views on Facebook and had a reach of more than 67,000

Saluting the 74-year-old athlete-turned-coach, Union Minister of State for Sports and Youth Affairs Kiren Rijiju Mr. Rijiju recalled that he had been motivated by Bahadur Singh’s feat to be a shot putter himself in his school days. “Bahadur Singh has been an inspirational personality over five decades and rendered great service with his commitment, dedication and discipline,” he said. SAI Director General Sandip Pradhan also thanked Bahadur Singh for his contribution to Indian athletics.

Athletics legends Sriram Singh, PT Usha and Anju Bobby George shared their memories of Bahadur Singh. The 1976 Olympic Games 800m finalist, Sriram Singh recalled they had both started their Asian Games careers in Tehran in 1974 and completed the NIS coaching diploma in 1980. “Bahadur Singh had contributed immensely to the growth of Indian athletics,” he said.

Usha, fourth in the 1984 Olympic Games 400m hurdles, recalled that she was a teenager when she travelled with Bahadur Singh to the 1980 Olympics in Moscow. “He was already a renowned athlete and inspired everyone with his hard work and dedication to training. As chief coach, he would motivate the coaches to do their best,” Usha said.

India’s first World Athletics Championships medalist, long jumper Anju Bobby George remembered her debut in the Commonwealth Games in 2002 when she was lying sixth with only one jump left. “We were trying to communicate in sign language but unable to understand one another, but he folded his hands in prayer and asked me to jump. I secured bronze,” she said.

M.R. Poovamma and Hima Das spoke for the current batch of athletes in national camp and said they would miss his genial personality by the trackside. “Bahadur sir has always encouraged us to rise to great heights and we recognise the sacrifices that he has made while making his priceless knowledge available to us,” Poovamma said.

Bahadur Singh’s daughter Birpal Kaur, who logged in from Canada, and grand-daughter Dr. Jannat Sekhon,offered glimpses into a different facet of his personality. “My greatest memory of my father is his holding the National flag and wearing the legend ‘India’ on his back,” Birpal Kaur said, saying that while he had formally retired, she believed he would be at NIS before long,

Indian Olympic Association President Dr. Narinder Dhur Batra recalled watching Bahadur Singh be a self-reliant man despite being 73 years of age during the Asian Games in Jakarta in 2018. He complimented the retiring Chief Coach for creating a great culture in the Indian athletics camps and for his achivements.IOA Secretary-General Rajiv Mehta said he would remember Bahadur Singh as always smiling and, with his simple approach, helping Indian athletics.

AFI President Adille J. Sumariwalla, who welcomed the online gathering, said he would remember Bahadur Singh as the epitome of sportsmanship and for his will to fight to win. “He took over as Chief Coach when India got only three athletics medals in the 1994 Asian Games and steered the team to 20 medals in 2018,” he said.

AFI Planning Committee Chairman Dr. Lalit K. Bhanot who was AFI Secretary-General when Bahadur Singh was made coach of the junior team in 1991 and of the senior team in 1994, spoke highly of Bahadur Singh’s unmatched vision and honesty. “He would always put others’ interest before his own and dedicated his entire life to athletics,” he said.

Saturday was no different as Bahadur Singh chose to train the spotlight away from himself on to larger cause of India sport.