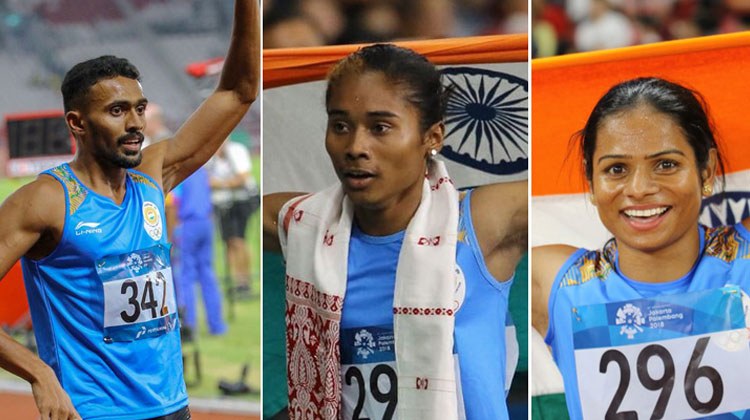 AFI Media 26 August 2018 Jakarta (Indonesia). Hima Das added an Asian Games silver to her list of achievements this year after she finished the women’s 400 metres final in Jakarta in a time of 50.79 seconds. It was another national record for the sprinter from Assam, who broke her previous record of 51 seconds that she had set in