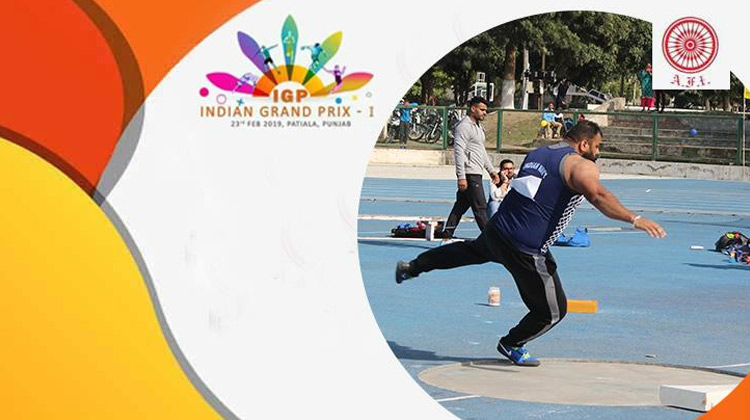 Patiala. Shot Putter Tajinder Pal Singh made a strong start to the World championship year by claiming the gold at the Indian Grand Prix-1. Tajinder threw the ball a distance of 20.13m at the National Institute of Sport in Patiala on Saturday to finish ahead of Inderjeet Singh who managed a best throw of 19.35m. Jasdeep Singh took bronze with a best of 18.59m. It was a very good result for 2018 Asian Games gold medallist Tajinder as it will give him the confidence to make it a fruitful year with his performances in upcoming competitions.

Tajinder was not the only athlete to impress in this Grand Prix. Hurdler Dharun Ayyasamy secured gold in the Men’s 400m hurdles with a timing of 50.05s. While Dharun has a personal best of 48.96s recorded at the Asian Games held last year, his timing on Saturday was credible coming as early as it did in the season. Dharun finished ahead of Jabir MP who clocked a timing of 50.67s while the bronze went to Ramachandran M who only clocked 51.27s.

Haryana middle distance runner Manjit Singh clocked a timing of 1:48.54 in the Men’s 800m to secure a gold medal. Mohammed Afsal managed a timing of 1:49.01s to win a silver while another runner Ankit from Haryana finished third with 1:49.57s.