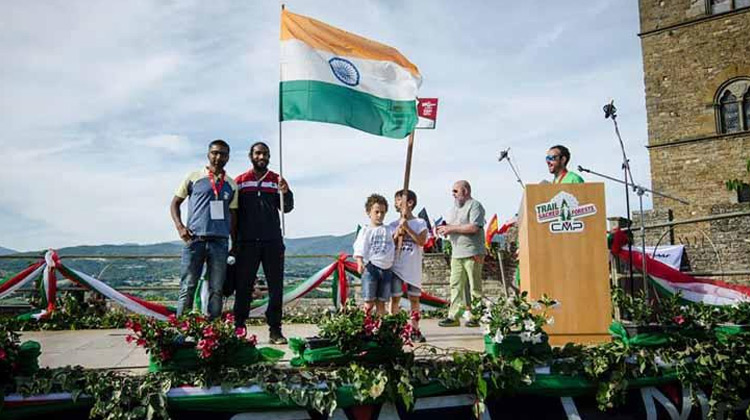 Ultra-runners Ullas Narayana and Kieren D’Souza represented India for the first time at the 2017 Trail World Championships, a 50 km mountain trail race and successfully completed the challenge with impressive timings.

Wearing Indian colours at the World Championships held at Badia Prataglia in Italy, Ullas completed the tough run with an impressive timing of 6 hours while Kieren crossed the finish line in 6 hours and 34 minutes. The two Indians were part of the challenge in which top ultra-runners including 159 men and 110 women from 38 different countries participated.

Since the Athletics Federation of India (AFI) joined the International Association of Ultrarunners in February this year, this was the first major ultra-running event for the Indian athletes.

The two athletes were selected based on their experience in trail races and their comparative scores earned among the top trail runners in the world.

“It was a proud moment for both me and Ullas representing India at the World Championships for the first time. I am happy that both of us completed the challenge at such a high-level,” said Kieren.

Adille J Sumariwalla, President AFI, said, “Congratulations to both the athletes for their accomplishments. Trail running is a tough challenge and we are happy that Indian athletes are now competing in such competitions. We thank Mr. Adiga and NEB Sports for supporting the Indian athletes”.