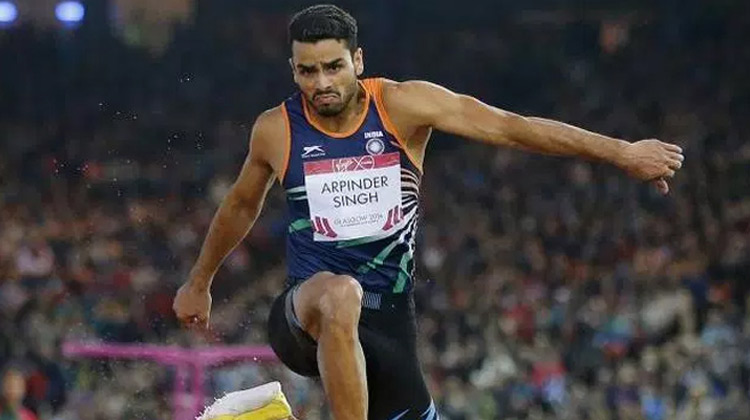 NEW DELHI: Arpinder Singh, the 2014 Glasgow Commonwealth Games bronze-medallist in triple jump, qualified for the 2018 CWG to be held at Gold Coast Australia from April 4-15 with a jump of 16.61m at the Federation Cup athletics meet earlier this month.

The 22-year-old from Amritsar held the national record in triple jump in 2014 before it was broken by Renjith Maheshwary.

Arpinder, who started out as a 100m sprinter, switched to triple jump at the school level and soon found success. He won a silver medal at the Under-17 School Games with a jump of 13.86 and in 2009 claimed gold at the Youth National Games.

In 2013, Arpinder broke the 16m mark and smashed Maheshwary’s national record and in 2014 won bronze at the Commonwealth Games. After two failed attempts, he jumped 16.51m to qualify for the finals, where he bettered his qualification mark with a jump of 16.63m, but had to settle for bronze behind Khotso Mokoena (17.20m) and Tosin Oke (16.84m).

2015 Arpinder got the Government’s nod to train at the London Coaching Foundation but failed to qualify for the 2016 Rio Olympics. In the 57th National Open Athletics Championships in 2017, he had to settle for silver with a jump of 16.06m with Kerala’s Sreejithmon claiming gold (16.15m)

HIGHLIGHTS
Arpinder Singh won bronze at the 2014 Glasgow CWG in triple jump.
He held the national record in triple jump in 2014 before it was broken by Renjith Maheshwary.
He started out as a 100m sprinter but then switched to triple jump at the school level.