HomeARTICLE PRESS RELEASE LATEST NEWS AFI AGM Release: It is the right time for me to take up leadership position in AFI: Anju Bobby George

AFI AGM Release: It is the right time for me to take up leadership position in AFI: Anju Bobby George 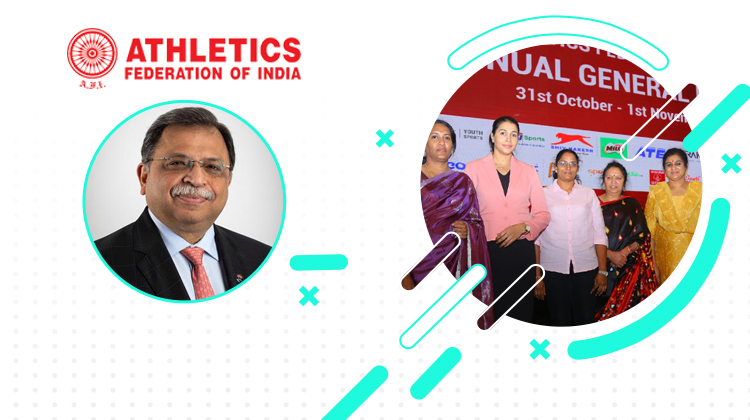 Gurgaon, October 31: Anju Bobby George, India’s only medallist in the World Athletics Championships, was elected as Senior Vice President of the Athletics Federation of India at its annual general meeting today, expressed delight at the increasing number of women in the Executive Council and said she is looking forward to serving the sport in her new capacity.

Olympian Adille J. Sumariwalla was elected President for his third term while Ravinder Chaudhary and Madhukant Pathak were elected Secretary and Treasurer respectively. “We will continue making every effort for India to win an Olympic medal. With very good support from the Ministry of Youth Affairs and Sports, we have actively pursued this vision,” he said.

Anju Bobby George said it is the right time for her to take up a leadership position in AFI. “I have taken up other roles before this. Having served the country as an athlete and winning laurels for the country at the highest level, I believe I can connect well with all athletes and coaches to take India forward,” she said.

On the first day of the two-day annual general meeting, some key issues including age-fraud, doping and over-training were taken up. The house agreed that while AFI has taken many steps to curb age-fraud, State and district associations needed to be more proactive in ending the scourge of age-fraud that leaves athletes.

Mr. Sumariwalla, who said the uncertainty caused by the Covid-19 pandemic had a cascading effect on a lot of areas in the sport, including the mental health of athletes and the earnings of the Federation, encouraged State Associations to actively seek the help of their respective State Governments to ensure that athletics competitions could resume sooner than later.

The AFI President made an impassioned plea to the State Association representatives to educate athletes on the evils of doping. “We hope the National Anti-Doping Agency will resume testing without any loss of time,” he said.

Dr Lalit K Bhanot, Chairman, Planning Committee, said it is important for all State units to be vigilant against coaches who encourage athletes to dope. He cited the example of an athlete who was banned by the Athletics Integrity Unit for a doping rule violation. “India would have lost two gold medals in the Asian Games if we fielded the athlete in the relay squads,” he said.

In response to claims by some non-members about the legality of Mr. Sumariwalla’s nomination for his third term, AFI clarified that he filed nomination not only as a President of Maharashtra Athletics Association but also as outgoing AFI President, as allowed by AFI Constitution (Clause XXVIII.A.e) which specifies the President need not require representation either to sit in meetings or even to contest election for the next tenure.

In keeping with its rich tradition, all positions in the AFI Executive Committee were elected unopposed.