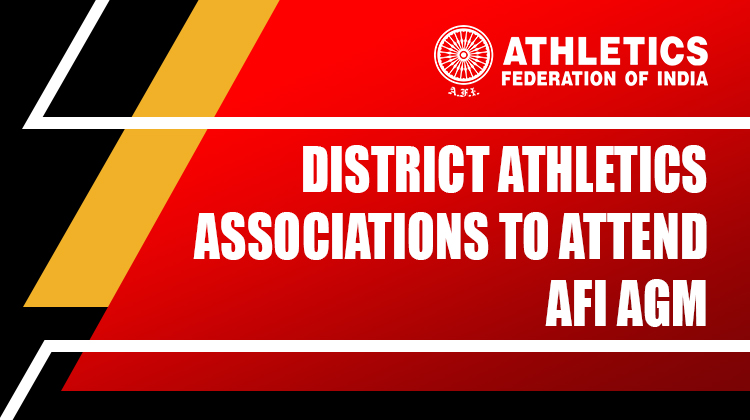 The Athletics Federation of India, considered by many as a pioneer in sports administration, has invited all District Athletics Associations to attend the AFI annual general meeting to be held in Gurgaon this weekend. This is in keeping with AFI’s consistent attempts to remove the distance between the federation and the district units which work at the grassroots.

For years, AFI has always been seen as a forerunner in transparency, inviting media persons to attend the annual general meeting so that they can see for themselves how the federation functions, shares its vision, encourages and pulls up State Associations in accordance with their work in promoting athletics.

During lockdown and later, AFI has been sensitising district athletics associations through video conference in a number of areas, including coaching and prevention of early specialisation, technical conduct of their meets and other aspects of promoting the sport at the grassroots level.