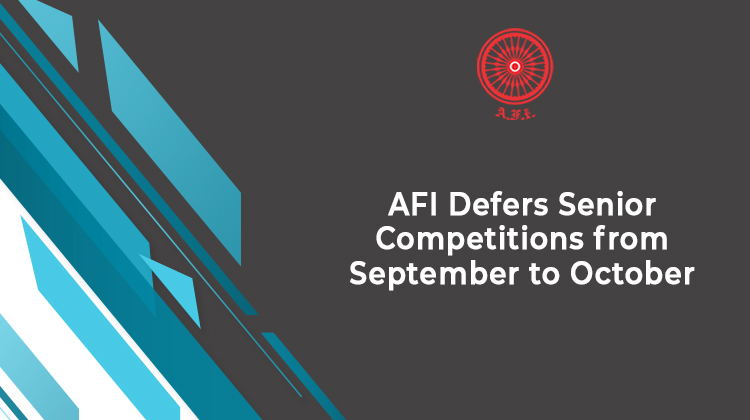 New Delhi, August 28: The competition committee of Athletics Federation of India held a meeting today to reassess the possibility of organising competitions from September 12 and decided to defer the the start of national-level competitions. It had been hoping to resume competition on September 12 with an AFI Grand Prix in Patiala.

The National Open Athletics Championships, slated for September 20 to 24 and the Federation Cup, due from October 5 to 9, have also been postponed.

“It would be advisable if the coaches redraw the training schedules of athletes. We are now looking at October end or early November for some competitions for seniors and late November for Juniors,” AFI President Adille J. Sumariwalla said. “At no point of time do we want to risk the health of our athletes by rushing them into competition with uncertainty and doubt uppermost in their minds,” he said.