AFI Condoles The Passing Away of Coach Purushotham Rai 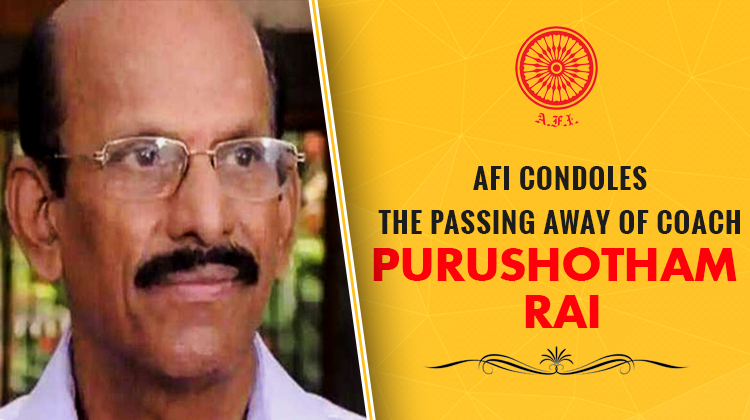 New Delhi. Veteran coach Purushotham Rai passed away due to a cardiac arrest in Bengaluru on Friday. He was 79 and was to be conferred with the prestigious Dronacharya Award in lifetime category on Saturday.

AFI President Adille J Sumariwalla condoled the death of former SAI coach and said, “It is a tragic incident and we at AFI are shocked. He spent his whole life for athletics and he made immense contribution to Indian athletics. We condole his tragic demise and express our condolences to his family.”