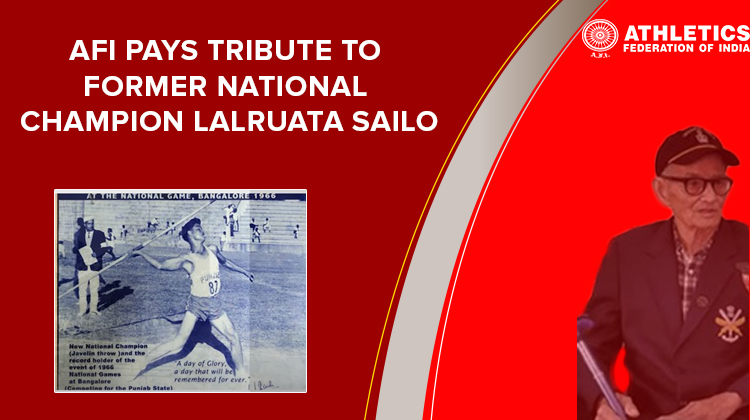 Athletics Federation of India paid tribute to former national javelin throw champion from Mizoram Lalruata Sailo, who passed away on Sunday in Aizawl. Sailo was admitted to Ebenezer Hospital in Aizawl on 30th August due to illness. He was 81.

Sailo joined Indian Navy in 1957 and completed Diploma in Sports from NS-NIS Patiala in 1963. Representing Punjab, Sailo set a new national record in javelin throw at the 1966 National Games in Bangalore. He retired in the year 2000 as a Deputy Director from the Sports Department, Government of Mizoram.

AFI President Adille J Sumariwalla said, “On behalf of AFI, I would like to express our deepest condolences to his family. Lalruata Sailo was one of the personalities who completed a diploma in Sports from NIS when it was newly launched. He gave his whole life to the sports.”

A statement from Mizoram Athletics Association said: “It is a great loss for Indian Athletics family. Lalruata Sailo was an inspirational figure for the young athletes of Mizoram state”.