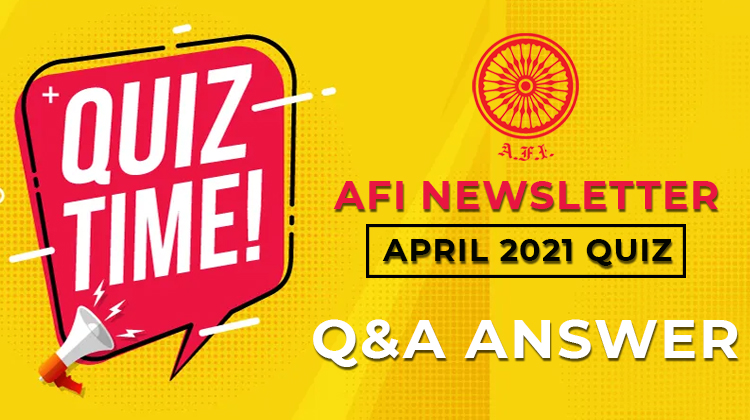 1. Which Javelin Thrower sent the spear past the 90m line in Offenburg on April 24, 2021 and took the World lead for 2021 from Neeraj Chopra (88.07m)?
Answer: World No. 2 ranked Johannes Vetter (Germany) threw the javelin to 91.50m in the Speerwurf Meeting in Offenburg. It was the first 90-plus throw in the Olympic year.

4. Why was sprinter Blake Leeper (USA) in the news recently?
Answer: World Athletics rejected Blake Leeper’s application to allow him to compete in its events with two prosthetic legs.

5. Why did India miss the World Athletics Relays in Poland?
Answer: The Indian squad was left stranded at home after KLM (Royal Dutch Airlines), acting on the Netherlands’ government orders, declined to fly the team from Mumbai to Amsterdam and onwards to Poland.