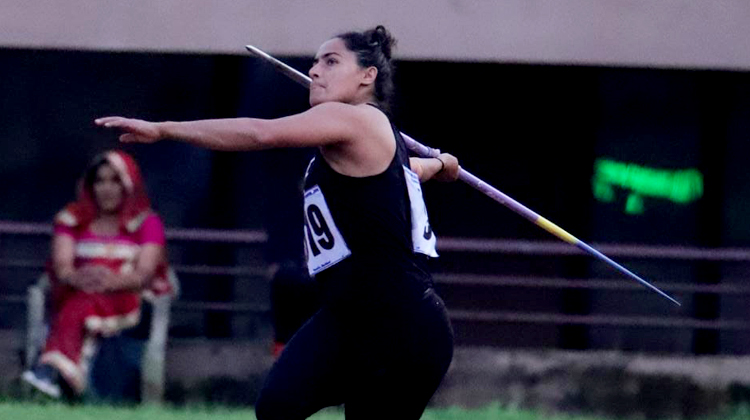 Ranchi, October 10: Annu Rani secured an expected victory in the women’s javelin throw event in the 59th National Open Athletics Championships at the Birsa Munda Athletics Stadium here on Thursday. A measure of her comfortable win can be had from the fact that each of her six throws was better than the best managed by her Railways’ team-mate and rival, Sharmila Kumari.

Meanwhile, Siva S of Services matched his own meet record in the men’s pole vault event with a clearance of 5.10m.

ONGC’s Suresh Kuma, 28, returned to the top of the podium in a men’s 10000m race at the national level after five years by winning the event in 29 minutes 41.25 seconds. He had lasted tasted victory in the National Inter-State Athletics Championships in Lucknow in June 2014. Asian Championships bronze medallist Murli Kumar Gavit (Gujarat) finished a distant ninth.

Earlier, Jinson Johnson (AFI) and Ajay Kumar Saroj (Railways) each won his men’s 1500m heats and set up what could be an interesting final. The two runners were content to finish ahead of the pack in the two heats, nudging ahead of Rahul (Delhi) and Bir Singh (Haryana) by 0.21 seconds and 0.45 seconds respectively.

Services’ T Santhosh Kumar, 21, clocked 51.78 seconds to be the most impressive in the men’s 400m Hurdles. MP Jabir (AFI) and Ayyasamy Dharun (Tamil Nadu), who represented India in the World Championships in Doha, were slower but did enough to win their respective heats. The competition among the three of them could produce some fireworks in the final.

World University Games champion Dutee Chand emerged the fastest of the qualifiers for the women’s 100m semifinals, clocking 11.55 seconds in the heats. Archana Suseendran, another premier sprinter, got through to the semifinals after finishing third in her heats in 11.87 behind Priyanka Kalagi (Railways) and MV Jilna (Kerala).

ONGC’s Siddhanth Thingalaya was the only qualifier for the men’s 110m Hurdles who dipped in under 14 seconds, his time of 13.83 seconds being only six-hundredths of a second slower than the meet record he set back in Kolkata in 2011. If he can sustain his rhythm in the final, he could rewrite that mark.