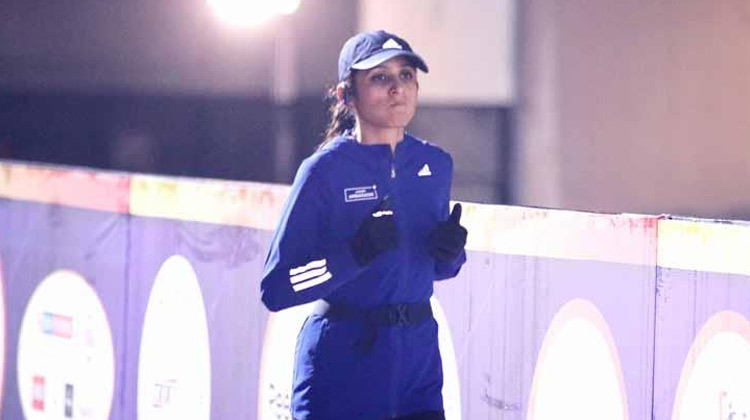 New Delhi : Ultra runner Apoorva Chaudhary created a new national record completing 176.8km in the women’s 24-hour event of the NEB 24 Hour Stadium Run held under the aegis of Athletics Federation of India at the Jawaharlal Nehru Stadium on 15-16 December 2018.

Apoorva, the 28-year old runner from Bijnor in Uttar Pradesh, broke previous record of 175.4km registered in the name of MeenalKotak. Competing just in her third ultra-marathon, Apoorva also became the fourth only women in India to run more than 100miles (160km) in 24 hours after Meenal, Hema Saini (172.3km) and AparnaChoudhary (169.2km).

Meanwhile, in another exciting 24-hour run, PranayaMohanty from Bengaluru completed a brilliant 206.8km in the men’s category, becoming the third Indian to have crossed the 200km distance and the first to have achieved it in a stadium race held in India.

“The conditions were challenging here in Delhi. We started event at 7pm on Saturday and it became very cold in the night. Then by Sunday afternoon the temperature became warm and by the time event was about to finish it was very cold again. The results are really good and we have some new names coming up rapidly in the ultra-running circuit in India,” said NagrajAdiga, race organiser and ultra-running specialist.

The 12-hour ultra-marathon also saw some improved performances by both men and women runners. AbhishekRathore completed a distance of 120.12km whileShivhungLimbu completed 119.7km. The Indian record of 125.9km in 12 hours is also held by Ullas Narayan registered during the Taipei event. Among the women,YaminiKothari ran a distance of 102.7km in 12 hours.

AdilleJ Sumariwalla, President AFI said, “Each ultra-running race and championship is where we are seeing barriers being broken and new targets being set for others to break. AFI has advocated setting standards that are strong and high to ensure that Indian ultra-running teams will be a force to reckon with in future championships at the international arena. Congratulations to Apoorva and Pranaya for their strong performances and raising the bar.”