Devender Singh registers his ticket for World Championships at London 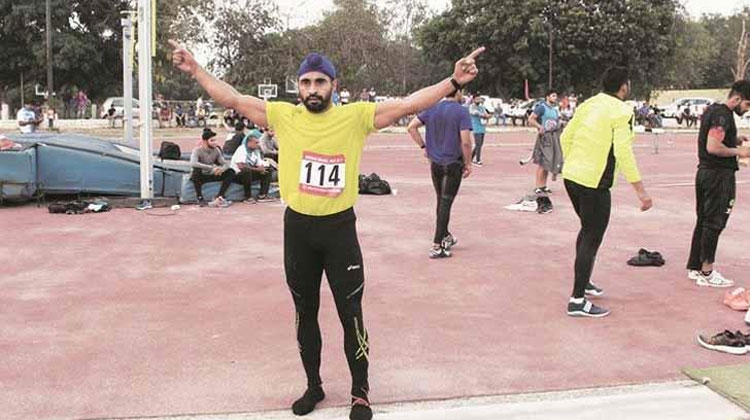 May 7, 2017, Patiala: The first leg of Indian Grand Prix concluded with flying colors at the NS-NIS, Patiala on Sunday evening as javelin thrower Devender Singh got qualified for the upcoming IAAF World Championships- London to be held from 4-13 August, 2017 with a magnificent throw of 84.57m.

Devender Singh’s 84.57m throw had become his personal best and also bagged him the Gold Medal in the Indian Grand Prix (Leg 1). His performance was far better than the London World Championships qualification mark of 83m. His Previous best was 80.21m which he achieved during the last Year’s Indian Grand Prix held at Bengaluru.

The Army’s Junior Commissioned Officer was pretty happy to achieve his personal best and booked ticket for the World Championships. He was quite overjoyed as it was his first performance in front of his father who is a farmer in Jalandhar district.

The Army Man who hails from Punjab tried his potential in Kabaddi and Cricket in his school days. Later, it was his teacher who asked him to try throwing a wooden javelin in the physical training class. He found it interesting and finally settled to go with Javelin throw. From there, he was never looking back and started working on Javelin throw.

Already 10 men and 4 women earned the tickets by crossing the toughest qualification system for IAAF World Championships. Indian Grand Prix (Leg 1) saw Devender as the 15th Indian to qualify for the London event.