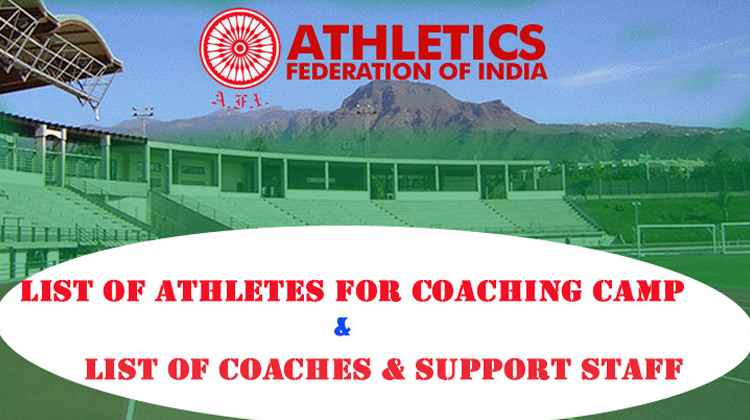 New Delhi. The national athletics coaching camps will commence from 10th October 2018 at different venues. The Athletics Federation of India (AFI) will also organise an orientation course for all the coaches on 7th and 8th October 2019.

The AFI has advised all athletes, coaches and support to report on 10th October 2018 at their respective camp venues. Athletes and coaches who fail to report at camps on time will not be considered further and in certain cases may not be considered for selection in International Competitions.

“Next year we have two major competitions. First we have Asian Athletics Championships from 19th to 24th April and then IAAF World Championships from 28th September to 6th October 2019. Both competitions will be held in Doha, Qatar. We will shortly release our domestic calendar which is being prepared accordingly,” said CK Valson, Secretary AFI.