HomeARTICLE Priyanka Kerketta Leaps into the Record Books on Day 1

Priyanka Kerketta Leaps into the Record Books on Day 1 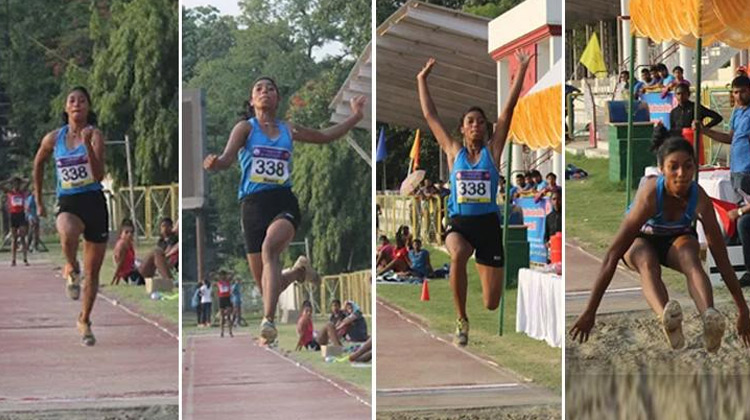 Lucknow: The 15th Federation Cup National Junior Athletics Championships got off to a promising start at the P.A.C Athletics Stadium with a number of commendable performances by the young athletes.

Another youngster from UP, Kavita Yadav, grabbed pole position in the Girls 3000m race with a timing of 9:54.98. Fellow competitor from Uttar Pradesh, Savita Pal (9.56.48), was a close second. Poonam Sonune (10.03.76) of Maharashtra came in the third position.

In the evening session, Karanveer won the Boys Shot Put event. The athlete from Punjab produced a 17.8 metre effort on his fourth throw to clinch the victory, ahead of Delhi boy Sahib Singh (17.16m) and Haryana’s Ashish Bhalotia (17.00m).

In the Boys’ 100m, Nuzrat came in first position with a timing of 10.88s. The Haryana athlete was followed by Amlan Borgohain (10.98s) of Telangana and Rejaul Molla (10.99s) of West Bengal. Akhsay Nain (11.04s), who impressed with his performances at the recently concluded Asian Youth Athletics championships in Bangkok, had to settle for fifth position.

In the Girls’ Discus Throw, Suravi Biswas of West Bengal came first with a 45.83m effort. She was followed by Ekta (41.19m) of Haryana and Arpandeep Bajwa (40.72m) of Punjab.