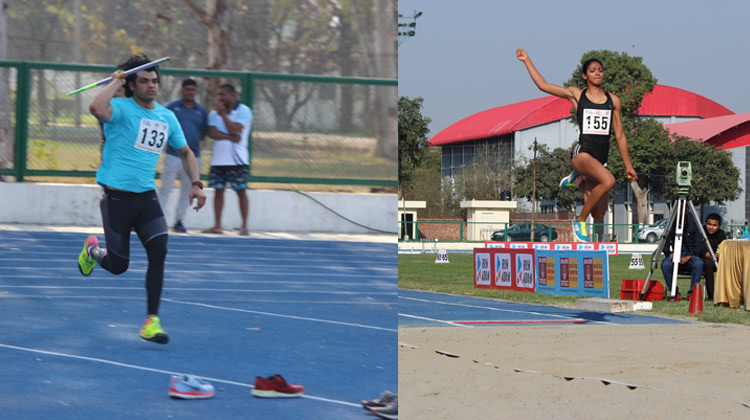 Patiala. The chance to grab a spot in the Indian athletics squad for the Commonwealth Games will be up for grabs at the four-day long Run Adam 22nd Federation Cup meet that begins at the National Institute of Sport in Patiala on 5th March. India has been permitted to send a 37-member squad for the quadrennial event, of which for the moment only the names of four Indian racewalkers have been announced. The Federation Cup will serve as the final chance to qualify for a majority of athletes in the country. Indeed even the performance of athletes who have already met the AFI qualifying guidelines will be taken into consideration before the final squad is announced.

Chopra, has cemented his claim as the country’s premier javelin thrower is coming off a gold medal at the Indian Grand Prix with an impressive 82.88m throw. This was the season’s second competition where Chopra has crossed 80m. Recently, he claimed silver with a throw of 82.80m at an international throws event in Offenburg, Germany.

Tejaswin Shankar, scaled new height in the men’s high jump by clearing 2.28m at the Big 12 Indoor Championships in Iowa. Shankar who is on an athletics scholarship at Kansas State University, had already shattered the indoor national record with a jump of 2.19m earlier this year. Nayana James, a silver medallist at the Asian Indoor Championships in January, is also in fine form having managed a jump of 6.47m at the Indian Grand Prix.

In the Women’s discus throw, Seema Punia, who is competing in her first discus competition of the season, didn’t have a great 2017, with a best throw of 54.14m however with her sights set on qualifying for the Commonwealth Games, she would be itching to get close to her personal best of 64.84m.

In the men’s shot put event, Tajinder Pal Toor, would be looking to improve on his effort at the Indian Grand Prix. Toor, had heaved the iron sphere a distance of 19.95m, some 25cm shy of the qualification standard of 20.20m. However, with a personal best of 20.40m set in Patiala, Toor, who won a silver at the Asian Indoor Championships will be confident of making a strong bid for the qualification mark.

The championships will kick-off with Women’s long jump qualifying event in the morning while Men’s Pole Vault will be the first final of the competition in the evening session.