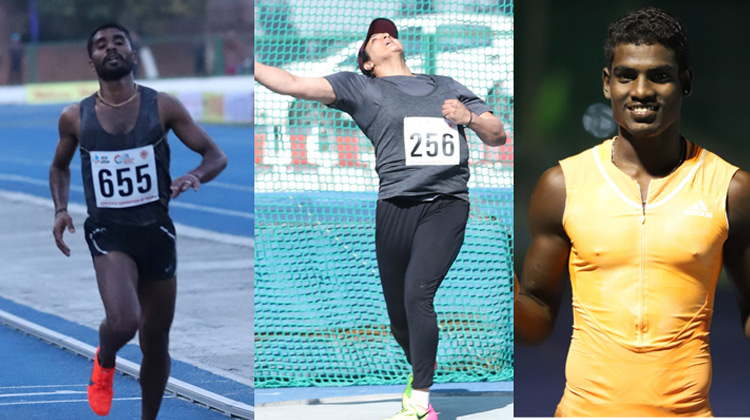 Patiala. Veteran discus thrower Seema Punia set a new meet record on the opening day of the Run Adam Federation Cup on Monday. The 34-year-old Punia who was competing in her first competition of the year, flung the iron disc a distance of 61.05m in her final of six attempts at the National Institute of Sports in Patiala. She broke the old mark of 60.95m set by Neelam J Singh back in 2002. The throw won gold but more importantly by virtue of bettering the Athletics Federation of India’s qualifying guidelines of 59m, earned Punia the right to improve on her silver medal at the Glasgow Commonwealth Games.

The throw was a massive improvement for Punia. She had had a dismal last year, managing a best effort of 54.14m in December. “It is difficult to compete with injury. I was dealing with a shoulder injury and also had kidney issues last season. At this stage in your career, you don’t have any option but to compete with injuries. For the moment though, Punia is focusing simply on “Right now my only target is to do well in the Commonwealth Games. This could probably be the final time I compete in the Commonwealth Games. I want to win a gold,” she said. Behind Punia was Navjeet Kaur, who recorded a best throw of 57.75m. Kaur though had earlier met the qualification standard of 59m at the Indian Grand Prix and will hope the selectors pick her on the basis of that performance.

The performance of the day though came from pole vault athlete S Siva who shattered his own national record by clearing a height of 5.15m. The record Siva broke was his own, having cleared a height of 5.14m in what was his breakout performance at the Federation Cup last year at the same venue. Despite the 21-year-old’s best effort, Siva, a havildar in the Indian army, would fall short of the Commonwealth Games qualifying standard set by the AFIof 5:45m. Siva would blame a fever for not jumping even higher. “I was having a fever for the last two days. I was jumping 5:40 in practice. If I was in good fitness, I would have come close to qualifying,” he said.

Siva’s performance capped a string of strong performances by Indian athletes on the day. Govindan Lakshmanan eclipsed the old meet mark in the men’s 5000m run. Lakshmanan clocked 13:47:28seconds to erase the old figure of 13:49:17 set by Kheta Ram in Patiala in 2014. Despite the run, the quickest run by the athlete in India, Lakshmanan would fall short of the CWG qualifying standard of 13:25:00.

In the women’s 5000m, L Suriya didn’t push herself too hard even as she claimed gold with a time of 15:46:96 seconds. Suriya who held the old meet record of 15:39:55 recorded in 2016 said she knew she would find it difficult to match the qualifying standard of 15:09:00 seconds and said she was focusing on qualifying in the women’s 10000m in which she had better chance.

Also disappointed after winning a gold was hammer throw national record holder and defending champion Sarita Devi who managed a best effort of 63.80m. This was shy of her personal best of 65.25m that she had recorded in the same competition last year and further short of the qualification mark of 68.32m. “I am disappointed on missing out on the Commonwealth Games. I was looking to get close to the qualifying standard but I fell short. My goal is to qualify for the Asian Games now,” she said.