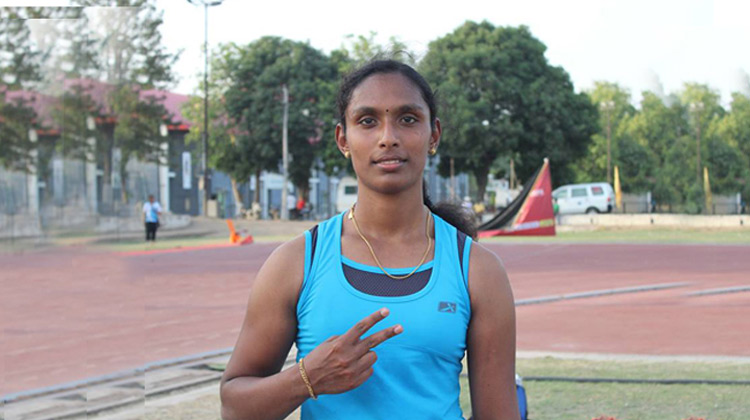 Feb 1, 2018, Tehran: The 8th edition of Asian Indoor Athletics Championships kick started at Aftab Enghleab Staduim in Tehran, the capital of the host nation Iran. With more than 25 countries participating in the event, India has sent a 13 member contingent to prove its mettle. This event also serves as an opportunity for athletes to claim their quota for the World Indoor Championships at Birmingham.

On Day-1 it was Sheena Nellckal Varkey, the triple jumper who picked the first medal for the country, a silver with a jump of 13.37m behind Kazakhstan’s Lrina Ektova( 13.79m). Thi Thu Thao bui (13.22m) of Vietnam settles for the bronze. Notably Sheena won the bronze in Asian Athletics Championships held in Bhubaneswar, Odisha last year with a jump of 13.42m (SB).

Kanadasan Elakkiyadasan won the second medal of the day for India in 60m men with a 6.67s run for the bronze. Taftian(6.61s) of Iran and Ogunode Tosinjoseph(6.63s) of Qatar were ahead with gold and silver respectively.