HomeARTICLE Tejinder Toor in the shot put advanced to final

Tejinder Toor in the shot put advanced to final 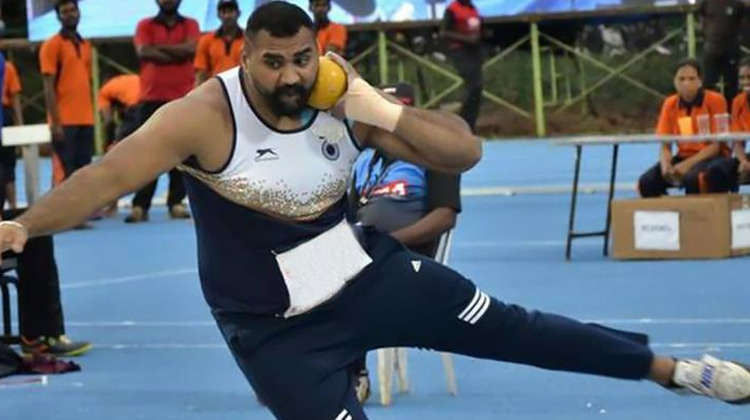 Gold Coast, April 09: India endured mixed fortunes on the opening day of the athletics tournaments at the Commonwealth Games at Gold Coast on Sunday. While the four athletes in the medal events couldn’t make the opportunity count, two other athletes – Muhammad Anas in the men’s 400m and Tejinder Toor in the shot put advanced to the semifinal and final rounds of their competition.

The day started on a poor note with Manish Rawat missing out on the chance to open Indian athletics’ medal haul with a below par performance in the men’s 20km racewak.. Rawat, finished sixth with a time of 1:22:22 seconds . Rawat, who finished second at the national racewalking championships last month fell short of his personal best of 1:20:26. The 27-year-old started the race well and was in the bronze medal mark after two kilometers. Despite falling off the pace he soon returned to the leaders pack after six kilometers. However he steadily dropped off the leaders group and was down to seventh place after 16 kilometers before managing to climb a spot at the finish. Rawat, who finished 13th at same event at the Rio Olympics though would finish ahead of KT Irfan who had a shocking day on the road. Irfan, who had won the Racewalking Championships with a time of 1:21:31:35 seconds, finished 13th at Gold Coast with a time of 1:27:34 seconds, eight minutes behind the eventual winner Dane Bird-Smith of Australia. Irfan was never really in contention and had slipped 2minutes and 49 second behind the lead after 12 km of the race.

Asian Games silver medalist Khushbir Kaur too missed out on a maiden medal at the Commonwealth Games finishing 4th in the women’s 20km racewaking event. Kaur finished with a time of 1:39:21 seconds which was 3.13 minutes behind the bronze medal finish. Although Kaur got off to a poor start and was seventh after six kilometers of the race, she had climbed up to 4th place just 34 seconds behind the leader at the half way mark. However she failed to reel back the seconds as the leading pack pushed clear ahead. Kaur though will draw solace from the fact that she at least completed the race. B Saumya, who had set a new national record at the National Racewalking Championships in February with a time of 1:31:28.72seconds failed to finish the course at the Currumbin Beachfront . Baby began well and was in fourth place after four kilometers but in an effort to increase her pace, completed her third penalty and was disqualified.

There would be better news inside the Carrara Stadium. Mohammad Anas Yahiya qualified for the semifinals of the men’s 400m race with a time of 45.96 seconds that marked him as the fastest in his heat. Anas has not had a great start to the season and the fact that he set a season’s best in Gold Coast augurs well for his semifinal as well as the team relay later in the competition.

Shot Putter Tejinder Pal Toor though didn’t have as easy a time at his qualifying round. Toor , who has won an silver medal at the Asian indoor championships at the start of the year and qualified for the Commonwealth Games with a throw of 20. 24m, struggled in all his three attempts. Toor recorded mediocre throws of 18.49m and 18.43m before heaving the iron ball to 19.10m and qualifying for the final. Toor’s qualifying effort was the lowest of the eight finalists and he must hope he will better that performance in the final on Monday.