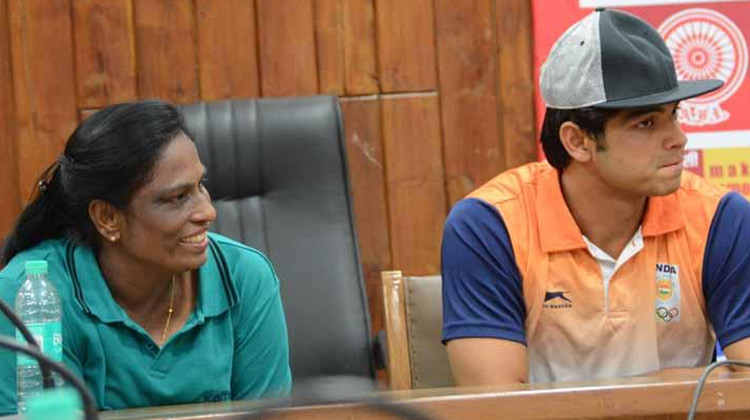 Patiala: India’s top track and field athletes will be in action at the NS-NIS here in Patiala during the 21st Federation Cup Senior Athletics Championships which will kick-off on Thursday morning.

The championships which will provide an opportunity to Indian athletes to qualify for the upcoming Asian Athletics Championships to be held in Bhubaneswar from 6-9 July 2017 will begin with the Women and Men 5000m finals.

More than 700 athletes from around the country have registered for the prestigious athletics event organised by Athletics Federation of India (AFI) every year.

In a message to the athletes, Adille J Sumariwalla, AFI President, said, “I wish all the athletes a great competition. I hope some records will be broken in Patiala. AFI is glad to receive such a large number of entries even though we had to change the venue from Jawaharlal Nehru Stadium, Delhi to Patiala at the last moment. We were compelled to take this decision as throwing events were not allowed inside JLN due to preparations for the FIFA U-17 World Cup to be hosted by India later this year,”

“AFI is thankful to Punjab Athletics Association and Sports Authority of India for their support and making the last-minute arrangements for the competition,” said AFI President.

Some of the top athletes who will be in action during the four-day meet in Patiala are Neeraj Chopra (Javelin Throw), Ankit Sharma (Long Jump), Tintu Luka (800m), Sudha Singh (3000m SC) and Irfan K T (20km Race Walk) to name a few.

Addressing the media during a press conference on Wednesday, PT Usha, former Olympian and coach of top Indian runners such as Olympian Tintu Luka and Jisna Mathew said, “Weather is hot in Patiala but it is not an issue as athletes are used to perform in such conditions. We are ready for the competition.”

Neeraj Chopra, current World Junior record holder in javelin throw, said, “I have already qualified for the IAAF World Championships 2017 but I am participating in this prestigious competition to improve my performance. In javelin throw, the standard is continuously going up in India so it will be a good competition for all athletes. I will try to do my best in this competition.”

Besides, Men and Women 5000m, the other medal events on the opening day of the competition are 400m hurdles (Men & Women) and Women Shot put, High Jump and Hammer Throw.