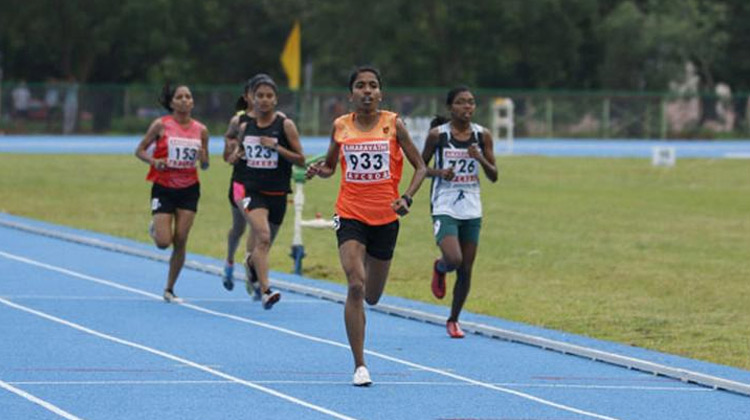 G. Lakshmanandoubled the joy for Tamil Nadu with his victory in the Men’s 5000m event, clocking a 14:07.76 finish. Uttarakhand’s Man Singh (14:20.50) and KalidasHirave (14:24.91) of Maharashtra were in second and third position, respectively. The 27-year oldLakshmanan, who bagged a gold medal at the recently concluded Asian Athletics Championships in Bhubaneswar, has already qualified for the World Championships which will be held in London next month.

In the Evening session, AnuRaghavan of Kerala broke the Meet Record in Women’s 400m Hurdles with a new personal best of 57.21. JaunaMurmu of Odisha(58.68) and Gujarat’s SaritaGaikwad (1:00.27) also secured a podium finish. Raghavan, who secured a silver medal at the Asian Championships, improved upon ACAshwini’s Meet Record of 57.43.

Star performer Manpreet Kaur did not disappoint, picking up gold for Haryana in Women’s Shot Put with a 15.65m effort. The Asian champion finished well ahead of UP’s Anamika Das (14.42m) and Punjab’s Ramanpreet Kaur (14.25m).