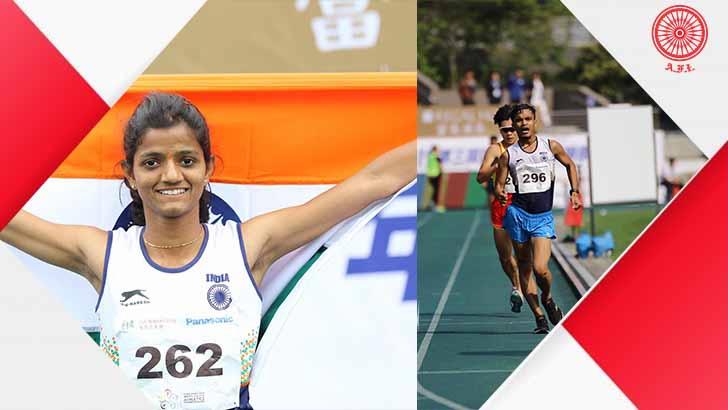 Vishvendra Singh broke the Asian Youth Record with a timing of 44:09.75 in 10000m Race Walk and secured the third gold medal for India at the 3rd Asian Youth Athletics Championships being held in Hong Kong. Earlier this record was held by fellow Indian Sanjay Kumar (45:30.39). Paramjeet Singh Bisht won the bronze medal in same event by clocking a time of 44.21.96.

On the second day of the competition on Saturday, Usaid Khan maintained his lead from overnight and finished with 6952 points to get his first gold medal in the continental championship. He broke the earlier championship record of 6671 points held by Mohammed Alferas of Kuwait. Ansar Ali of India stacked up 5943 points to win the bronze medal in the same event.

400m Runner Abdul Razak of India carried his brilliant form from heats to win the fifth gold medal for India with a timing of 48.17s. Earlier in the heats held yesterday, he finished first overall to qualify for finals. Silver medal went to Sri Lankan athlete Sandeesh Navishka (48.26s) and Bronze medal was won by Yefin of Kazakshtan (48.59s). Another Indian in the competition, Ramachandra got disqualified due to a false start in the finals.

Fastest female athlete of Asian Youth Championship 2019 was India’s Avantika Santhosh Narale who clocked a timing of 11.97s in 100m sprint. She got the sixth gold medal for the country. Atul Kumar of India clocked 6:00.45 to win the silver medal in 2000m Steeple Chase event. India ended the second day on the top of medal tally with seven gold medals, two Silver medals and five bronze medals.

Results of Other Indians in Finals and Heats –