HomeARTICLE My next target is World Championships: Irfan KT

My next target is World Championships: Irfan KT 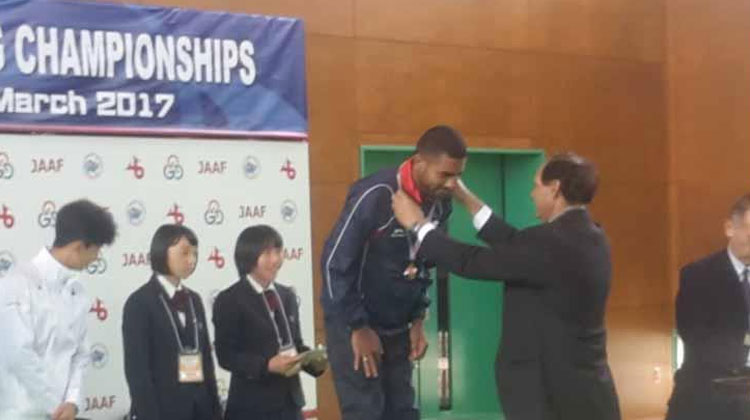 March 19, 2017 : After an impressive bronze medal winning performance at the Asian 20km Race Walk Championships on Sunday morning in Nomi, Japan, India’s Irfan KT is eyeing a medal at the IAAF World Championships to be held in London from August 4-13, 2017.

Speaking to AFI media team from Japan after finishing third in the Men’s 20km event with the timing of 1hr 20mins 59secs, Irfan said, “Feeling very good at the moment. This is my first international medal. I never thought about it, I went to Japan with just one thing in mind that I will try my best. Winning a bronze medal is really great.”

Irfan, an SSCB (Services Sports Control Board) athlete, was India’s official entry for the Asian meet after he bagged gold medal in 1:22:43s at the 4th National Race Walking Championships 2017 last month in Delhi.

“After National Championships in Delhi, I kept target of 1hour 20mins for this meet and I achieved that, so I am really happy,” said Irfan.

Speaking about his plans for the rest of the season, the 27-year athlete from Kerela said, “Long-term target is Tokyo 2020. Hopefully I will be back in Japan for Olympics in 2020 and do well here. I missed Rio 2016, but I want to compete in Tokyo 2020,”

The Indian Race Walkers coached by Russia’s Alexander Artsybashev also won one gold and one bronze in the Open Category of the Asian 20km Mens’ Race Walk Championships.