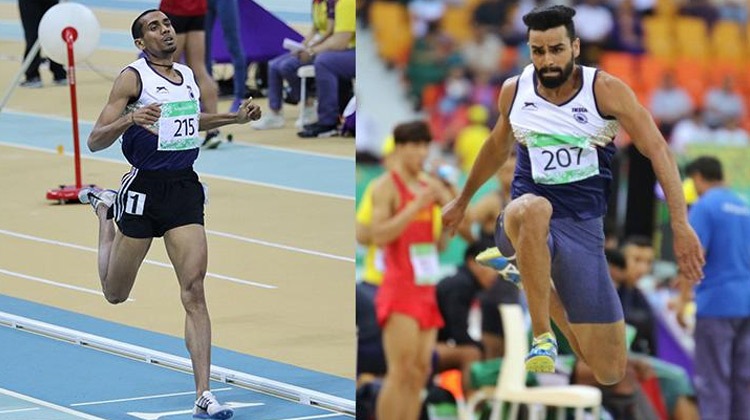 Ashgabat (Turkmenistan): Here on day 3 of the Indoor Athletics, at the 5th Asian Indoor & Martial Arts Games 2017, India continued its good run and returned with a couple of gold medals in the men’s 1500m and men’s triple jump.

“I fell down just after the first bend and grazed my knee, but jumped up and continued the race. I was very focused on never falling behind the lead group. Everything went according to plan and I pushed hard in the final round. I never doubted I could win gold in Ashgabat.”

“This is only the second indoor competition I’m competing in, the first being the 2016 Asian Indoor Championships in Doha. While the surface of the track is different, running on the raised curves also proved difficult. But in the end, none of that mattered. I am very happy.”, Quoted the champion.

“I am happy with the title win, but it was nothing great in terms of performance. I have taken part in a few indoor meets before and I expected a much better show in Ashgabat. I hope to do better next season.”, concluded the triple jump champion.

India, at the end of Indoor Athletics stands 2nd in the medallion tally with a total of 8 medals – 5 gold, 2 silver and 1 bronze only behind Kazakhstan(10 medals).