HomeARTICLE Youngsters Neeraj, Hima and co. set to shine at the big stage

Youngsters Neeraj, Hima and co. set to shine at the big stage 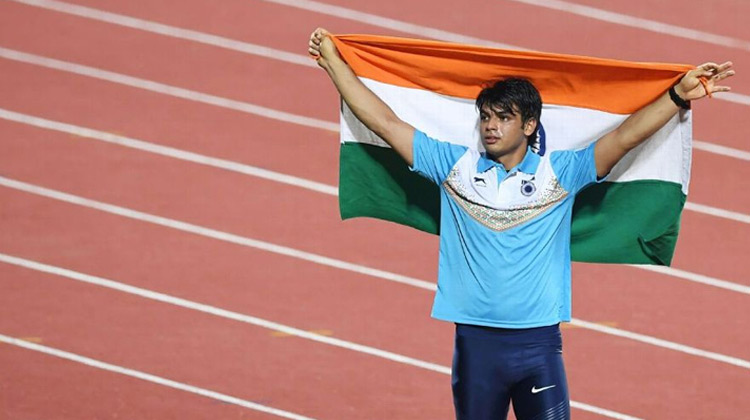 With India beginning its journey at the 2018 Commonwealth Games on Thursday, three weightlifters are expected to deliver the first medals of the campaign. While Mirabai Chanu is expected to be dominant in the women’s 48kg category, keep an eye out for Muthupandi Raja in the men’s 62kg category as well.

At 18 years and five months, Raja is the youngest of the competitors in his division. Only just last year, he was competing in the boy’s category at the Commonwealth Championships where he won a gold.

However, Raja isn’t the youngest amongst his compatriots. That would be 69-kg competitor Deepak Lather, who is two months younger, and a bronze medallist competing in the senior category at the Commonwealth Championships.

Raja and Lather are just two of several Indian athletes in their teens — 28 in all — or barely out of it, who will be competing for medals in Gold Coast. They aren’t just there to make up the numbers either. Neeraj Chopra, 20, currently holds the best throw among javelin throwers from the Commonwealth participants this year and is India’s best bet in the field events, while quartermiler Hima Das (18) will be the driving force in the women’s 4x400m team. 19-year-old Divya Kakran too will be looking to add to her gold medal in the women’s 68kg wrestling competition.

The most precocious youngsters though, are to be found in the shooting squad.

Three members of the team — Manu Bhaker, Mehuli Ghosh and Anish Bhanwala are teenagers. All of them are favoured to win their respective events. Competing in the women’s 10m pistol event, 16-year-old Manu Bhaker is the youngest Indian competitor at Gold Coast and is coming off winning two gold medals at the ISSF World Cup in Mexico. Mehuli Ghosh, 17, won a bronze at the same tournament in the women’s 10m rifle. Bhanwala, 16, is fresh off a gold medal in the men’s 25m rapid fire pistol at the World Cup in Sydney. All three were competing in their first World Cup. “A new era in Indian shooting,” was how Abhinav Bindra described those performances.

Jaspal Rana, coach of the Indian junior shooting team — no stranger to early success himself (he won a World Championship gold when he was 18) — says young athletes have an inherent advantage. “You are fresh, new and have nothing to lose. You aren’t putting any pressure on yourself at this age,” he says.

That self belief has also been noticed by Olympian and the only Indian athlete to win a World Championships medal, Anju Bobby George. “Perhaps we were more hardworking, but the youngsters you see now are more bold,” she says. She remains astounded by the success of 19-year-old high jumper Tejaswin Shankar, who after being introduced to the sport by a Physical Education teacher, picked up skills essentially over YouTube, much like javelin thrower Neeraj Chopra did. Shankar would go on to pack his bags and participate in collegiate athletics in the USA. “We would stick to doing only what our coaches told us. Our generation didn’t even know about such things like social media or how to use it to improve ourselves. Perhaps we wouldn’t even have thought of that,” she says.

India has had talented youngsters before. Most of them faded away, unable to carry their success into the seniors. Shooting had been a prime example of this with tales of unfulfilled promise to be found aplenty. Navnath Fartade won a junior world Championship gold in 2006 and subsequently a bronze at the Doha Asian Games, but is out of the national reckoning today.

The current generation though has it a lot smoother. Jaspal Rana believes the shift began about six years ago, when the national federation put in place a robust plan for supporting youngsters with the bulk (approximately 60 percent of funding) going towards them. “The funds are being given to the junior program. There is a proper system that’s been in place for the last six-seven years. Manu, Mehuli and Anish haven’t come up suddenly. There has been systematic training that has been responsible for their success.”

Despite the success that they have enjoyed recently, Rana says it’s best to remain cautious about their future. “We need to keep them grounded at this age. It is not fair to expect them to perform every time. You have to accept that they won’t get the results every time. In India, we have a habit of bringing them up very quickly and bringing them down very quickly.”

The youngsters themselves aren’t overthinking about the upcoming few days. “A part of me is excited that I will be competing against some of the best runners in the world,” says 19-year-old Amoj Jacob, who will be part of the 4x400m relay squad. The team will face a tough task going against a Bahamas side that features Worlds silver medalist Steve Gardiner, a Botswana team that featured two finalists in the 400m at the World Championships and the defending relay world champion team from Trinidad and Tobago.

“There’s no point worrying about how I will perform against them. It’s a great opportunity. There’s nothing much to think about it. Thoda mauj aur phir fad do sabki (Have a little fun and then go all out),” he says.